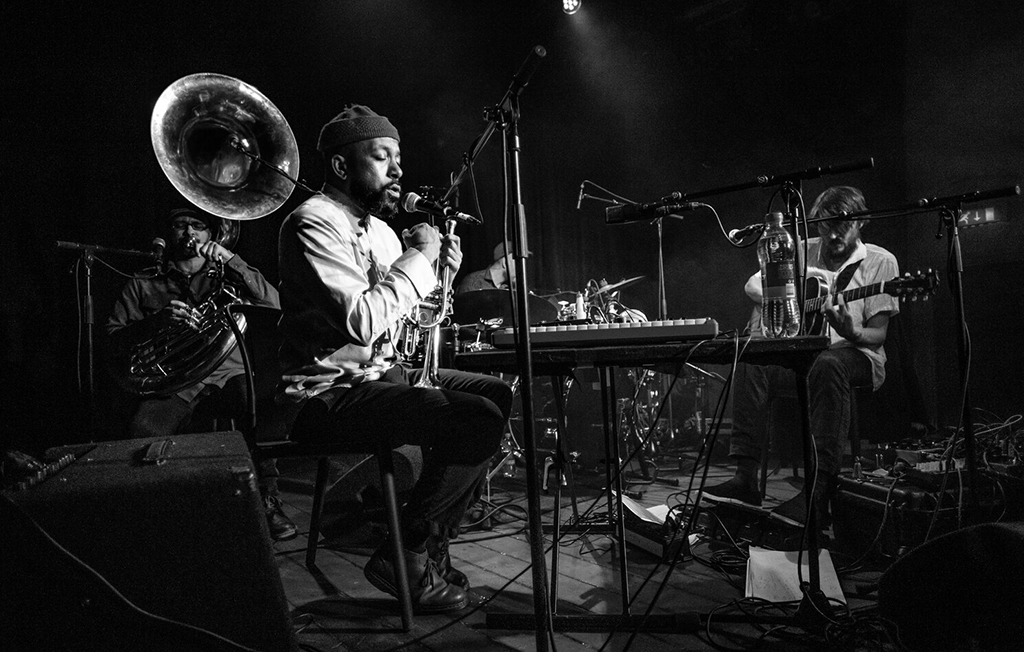 One of the most prolific collaborators in Chicago’s creative music community, he makes active contributions to Theaster Gates’s Black Monks of Mississippi, Nicole Mitchell’s EarthSeed, Mike Reed’s Flesh & Bone, Matthew Lux’s Communication Arts Quartet, Joshua Abrams’s Natural Information Society, Bitchin Bajas & many more. He’s a default descendent and a long-time participant in the AACM (i.e. the legendary Association for the Advancement of Creative Musicians). And he’s well represented in the International Anthem catalogue as well. Beyond being the brains behind Bottle Tree – the future funk suite we released in April of 2017 that was named “#1 Best Album of the Year” by London’s EZH Magazine (c/o founder Tina Edwards) and on NPR’s Sound Opinions (c/o producer Ayana Contreras) – he was a core component of Makaya McCraven’s Highly Rare and a cornet cameo on Jaimie Branch’s Fly or Die (both of which were included in the New York Times’s “Best Albums of 2017”). Suffices to say, Ben LaMar Gay is nearly omnipresent in the current zeitgeist of progressive jazz sounds sprouting from Chicago.