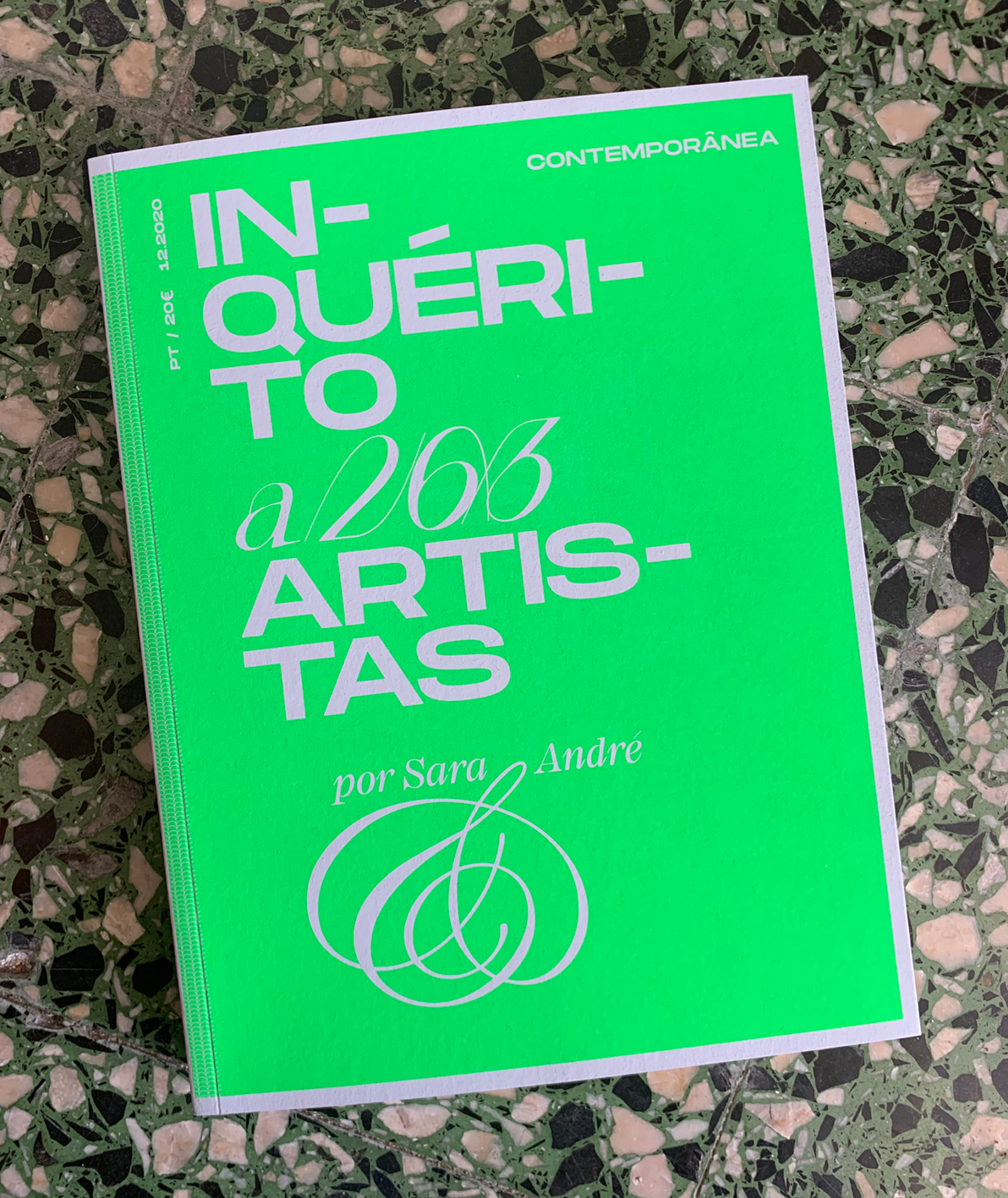 The capacity of the event is limited,being complient with the rules of social distancing foreseen by the DGS. The use of mask is mandatory.

Launch of the special edition of Revista Contemporânea Inquérito a 263 artistas.
Invited by the magazine’s editor Celina Brás to create content that would start from the idea of correspondence with the artistic community, having as its subject the (or a possible) stop of activity due to confinement, Sara & André sent (digitally) a small survey with 4 questions to around 500 Portuguese artists or working in Portugal, between April and November 2020. Initially published online, the good reception and considerable participation of their peers, led them to move on to a physical edition, printed in February this year, but awaiting until now the possibility to conveniently celebrate the publication with all participants and interested parties.

Lisbon, 1980 and 1979. They live and work in Lisbon. The artists both graduated in 2005, Sara in Scenography at the Escola Superior de Cinema e Teatro de Lisboa (E.S.T.C.) and André in Fine Arts at the Escola Superior de Arte e Design (E.S.A.D.) of Caldas da Rainha. Their collaboration started around 2000, becoming intense love since 2004. Through the use of photography, video and performance, their work focuses on issues such as authorship, appropriation and the mechanisms of fame in contemporary art.