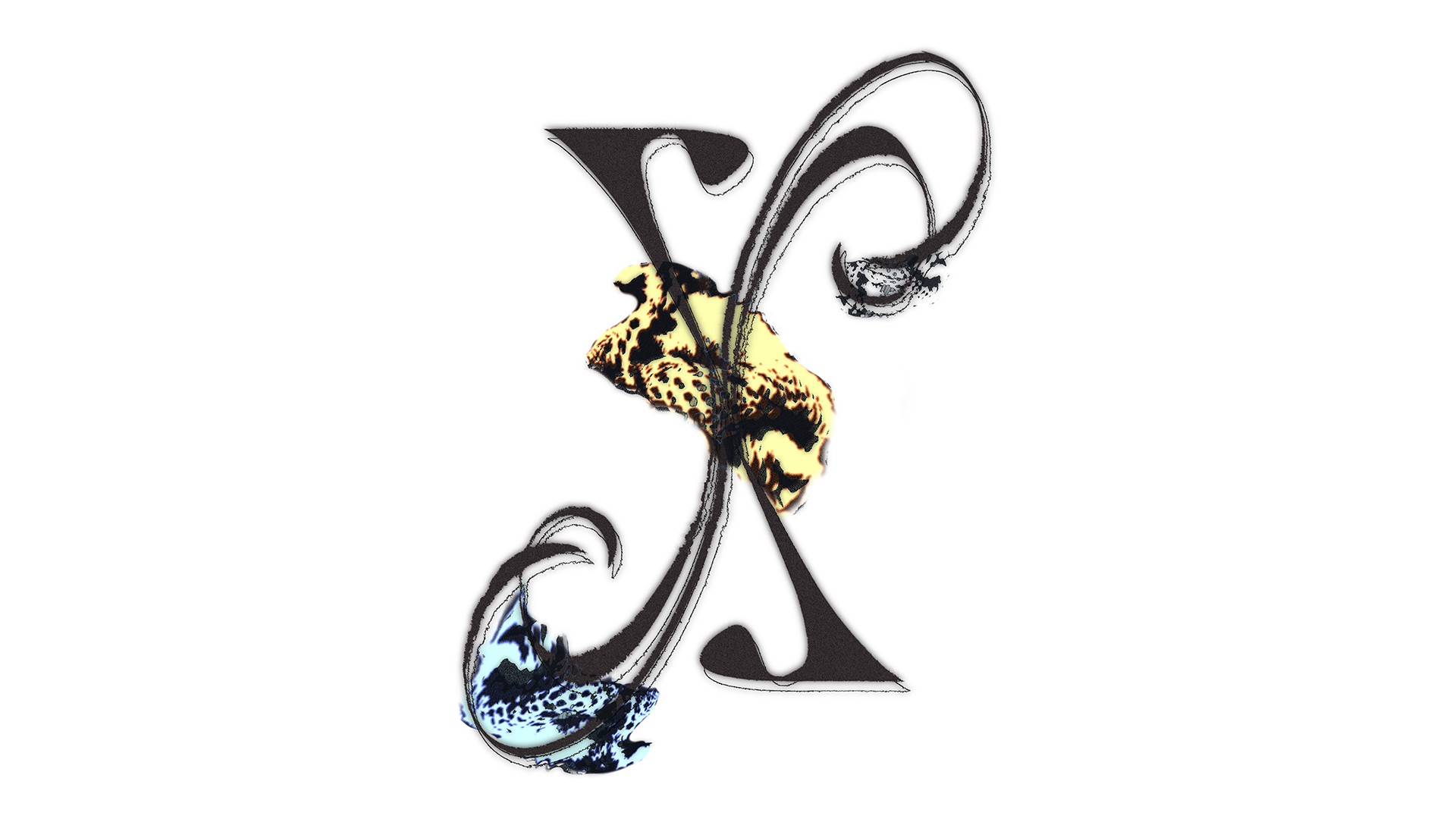 Xita was born almost seven years ago, firstly as an independent label (Xita Records), seeking to edit records within a group of friends. Over time, after several encounters with other practices and other artists, it became impossible to escape the transdisciplinary nature of the collective. However, little of this new exploratory will and artistic impetus could be cultivated during the last couple of years. As a way of trying to avenge all that was left undone, Noite Xita returns in 2022 with a new format, maintaining, as always, a diverse programme, with artists from the house and guest artists.

Xita intends to give space to new projects, at the same time as it seeks to challenge more established artists to unpublished rehearsals and reinventions. The invitations extend beyond music and performance, integrating graphic and plastic arts.

Gora is the solo project of Duarte Queiroz (Huggs). A space where the music, recorded and produced by himself, reflects the infinite discovery of what composes it. Disillusions, uncertain paths, and anguish are some of the themes approached, normally interspersed with an almost forced optimism. The acoustic guitars, scruffy percussions, and dissonant pianos help create an intimate atmosphere that gives the music the honesty that is also present in all their lyrics. He debuts live at Noite Xita accompanied only by his guitar.

Inóspita is the guitar-solo project of the young lisboner Inês Matos, who released in February 2022 her first LP, Porto Santo, produced by Primeira Dama and under the label Xita Records. Inês has been playing the guitar since an early age, having studied at the Guitar Academy (where she has been a teacher since she was 16) and, later, at the Luiz Villas-Boas Jazz School of Hot Clube de Portugal. She plays with bands since her teens and is a member of projects such as Primeira Dama, Chinaskee, and João Borsch. Inóspita is the search for a compromise with the song format and his own approach to his instrument, privileging the melodic narrative only to the guitar.

Trying to encapsulate in his performances the unpredictability of a living construction, Qalgon makes the performance a rupture composed of destroyed sounds and samples that remind us of others.

Screams about the work.

Content y Contenido are Lucía Vives and Ingeborg Kraft Fermín as artners. Since 2020, they have been experimenting with the ethos fake it ’till you make it, by accelerating the artist-influencer dynamic through performance and installation. They present work, for the first time, outside Amsterdam at Xita Night 2022, with The Rise and Fall of Content y Contenido; a piece thought between spoken word, the ability to concentrate on a TikTok feed, and an unforgettable Interrail. Content y Contenido, ¡bienvenido!

It was in the summer of 2012 that we first heard 3tempos, a song that was in high rotation on the national alternative radios. It was with this single extracted from the debut EP Não É Um Projecto produced by Ben Monteiro that we met Alex D’Alva Teixeira, despite several previous collaborations with artists from FlorCaveira, the independent label that edits this first release. But it was in 2014 that the partnership with Ben Monteiro gave rise to #batequebate, D’Alva’s debut album that, since then, has not stopped being present on stages and radio tops. After the release of Maus Êxitos, the arrival at the final of the 2019 edition of RTP’s Festival da Canção and a return to the festival as a guest the following year, Alex debuts at the Barreiro Rocks festival with the multifaceted Ricardo Martins, in a new project: Algumacena. More recently we could hear songs like “Só A Pensar”, “Sabes Que Não” – one of the winning songs of the Vodafone Unpublished compilation -, “Honesty Bar” with special guest Cláudia Pascoal and “Coração à Discrição”, singles that anticipate D’Alva’s third studio album due to be released this year. He accepted the challenge of performing solo and is preparing something special for this Noite Xita.

Worthy Life is a lo-fi supergroup made up of Bea, Martim Brito, and Kerox. They showed themselves to the world in January with the single “Detail Oriented”, a bedroom-pop anthem about rejection, produced by themselves and First Lady. VEENHO makes low-fi indie punk collages. A garage band founded by Martim Brito, António Eça, and Xixo, emerged with urgency in 2017, releasing two short and direct EPs. After adding Gonçalo Formiga to the equation and playing a few gigs around the country, they decided to slow down. In 2020 they announced their return with the singles “half absent” and “insolence”, anticipating the debut LP Lofizera, to be released this year. Primeira Dama, a figure present in our musical panorama, has the merit of her name. After the LPs Untold Stories (2016) and Primeira Dama (2017), he released the visceral Superstar Desilusão (2020) with the band that also accompanied him in the revitalization of Lena d’Água. One of the members of that band is Martim Brito, with whom he has been performing live. For Noite Xita 2022 they are preparing a joint concert, unpublished and probably unrepeatable, that marks the debut of Worthy Life and the return of VEENHO, confirming the versatility of Primeira Dama and celebrating friendship.

Digital Freak is a monthly show on Quântica Radio created by Kerox in 2018. The show seeks to praise the vitality of what’s being made in the world of internet clubbing, on sites like Soundcloud and Bandcamp. Glabra, who as well as being responsible for all the show’s brilliant artwork was also a regular presence in the show’s production, was eventually invited to be Digital Freak’s full-time co-host in 2020. Over the years, the show has featured DJs from the less obvious communities of the internet and clubbing world, such as BLEID, NEW FEAR, rkeat, Marcos, Amb er, Qalgon and Perigga. Now, Digital Freak performs for the first time live with hosts Kerox and Glabra in charge of closing Xita Night 2022.

APRE! is a small collective of designers and illustrators, formed by Angelina Velosa, Joana Pardal, and Mariana Vale.

Maria João Costa, 27 years old, Lisbon. She is inspired by a perfect balance between multidisciplinary practices such as tattoos, drawing, painting and photography, without ever forgetting the sound and video bases that have accompanied her since the beginning of her work.

Cara Trancada is Carolina’s alter-ego, illustrator and tattooist by taste, graphic designer by chance. This illustration project was created in late 2016 in order to question and demystify taboos around sexuality and relationships. It is a personal project that germinated in her curiosity about sexuality, in her love relationship with herself, with her body and the body of others; her experiences and fantasies, and those of others. She seeks to represent the female body as a symbol of power and sexuality from her own perspective, as a woman, and to portray everyday issues through irony and some comedy, with the aim of breaking down barriers and questioning stigmas.

Erva Daninha is a zine publishing label, which aims to aggregate, publish and promote the work of emerging comic artists.

Massacre is an artistic collective, formed by Mao, Hetamoé, and André Pereira, focused on the production of paper editions, mainly comics.

Mariana Pita makes music under the name Moxila, and comics and animations under her own name. In 2017 she released a book Lá Fora com os Fofinhos (Chili Com Carne + O Panda Gordo). He has made several animated music videos and this year released an album with Éme.

1994, Aveiro Illustrator and tattoo artist. She always wanted to run away with the circus, but it was enough growing up to realise that she lives in it.

Xita will also be present at the fair. Besides merch and records, it will be possible to find works by some of the members of the collective, such as Vives, Bea, Glabra, and Qalgon.

Tomás Queiroz (Glabra), designer by training, presents, for the first time, his culinary research project at Noite Xita. Having started cooking at the age of 12, this was a practice he never stopped exploring and that has grown with him. Now he launches a new project where he presents the result of a great and continuous reflection on food, mainly focused on dishes that use pasta: water and flour. A component present in one way or another in all cultures and which has always aroused his enormous interest due to its delicacy, difficulty, and need for observation and waiting. Between 7pm and 11pm, he will have a series of dishes with affordable prices, which show the power and potential of these two core ingredients. 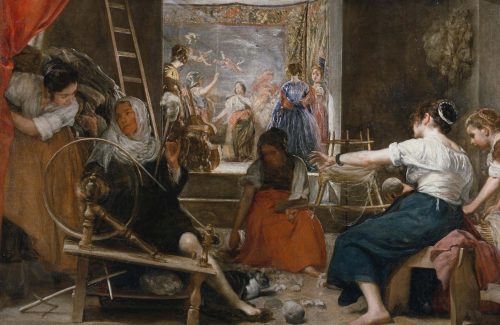 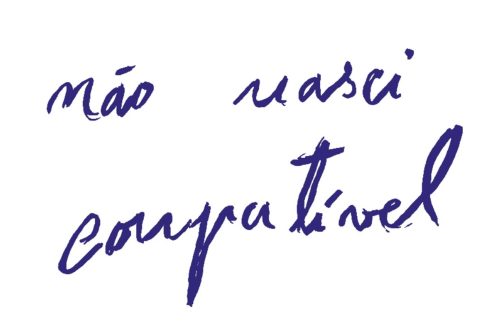 — Launch and talk with the authors of the new editions