Wednesday to Saturday
from 3pm to 7pm

According to the recommended safety measures, it will only be possible to visit the exhibition using a mask.

In Jim Jarmusch’s Paterson a bus driver named Paterson notices the prodigious proliferation of twins in the suburban town of Paterson, New Jersey. After seeing his poetry notebook get shredded by his girlfriend’s jealous bulldog, Paterson considers giving up writing. By the Passaic waterfall he meets a Japanese poet, a fan of William Carlos Williams on a pilgrimage to the settings of the epic poem Paterson, from 1926. “Sometimes the empty page presents more possibilities”, says the Japanese poet while handing a new notebook to Paterson, the poet.

When vacating the old offices of a duplication company in the center of Lisbon, Marco Franco found an improbable treasure: a stock of blank, obsolete technical paper. In this space closed for more than 30 years, bankruptcy had protected, from use and light, the chemical surface that gives these papers a peculiar texture, color and vinegary smell.

On sleepless nights, Marco converts the family’s table into a workbench and studies the reaction of these papers to stroke and stain. The chromatic effects of the felt-tip pen on the vague colors of repromaster paper, the contrast of china ink against the ultra-glossy plastic surface of acetate paper, the kinetic possibilities of dragging Iodine on the back of the self copy paper sheet.

Franco’s discovery is in the experience of drawing a serial writing system with no signification. With monastic discipline he replicates the same gesture dozens of times until memorizing it with his body, until he becomes a true drawing machine capable of repeating a pattern, adjusting it to different scales and surfaces, even capable of computing his production index. A soft machine that multiplies the first intuitive gesture that makes the drawing.

Marco Franco’s career leads us into reading his drawings as musical notations. But instead of instructions for a performer, they are still animations that record the movement and time of their making – just like the rings on the tree trunk are the record of the time of its vertical movement.

Days before the opening of his first solo exhibition at Galeria Zé dos Bois, Marco went to the flea market to look for a new stock of blank paper. He ended up buying a well-known image: Sancho Panza on the donkey and knight Don Quixote on horseback, paper-thin in the sun. The plain dark wood frame, the greenish-black paint and the fungus speckled French cotton paper gave the authentic feeling of an original. On the back the inscription: “3/339”. How lucky to find on such a beautiful paper traces of Picasso. And after all, Picasso’s drawing was never found … it is said that the original was done in a dark blue, almost greenish wash…

Two months after the last flea market where valuable findings were still mixed with the germs of the sidewalk, Zé dos Bois reopens to present Parágrafo, the writing beside (the music) by Marco Franco.

Marco Franco (1972, Lisbon) is a composer, musician and self-taught visual artist. He began his musical career in 1986, with passages in rock and jazz, collaborating and recording as a percussionist in multiple projects. Between 2006/2011 he recorded two albums by his group Mikado Lab and, in 2017, edited “Mudra” for piano solo. He collaborated and created music for theater, dance and cinema. 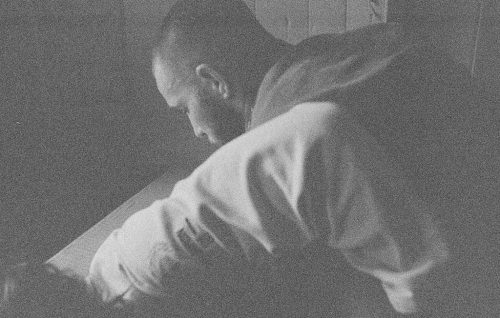 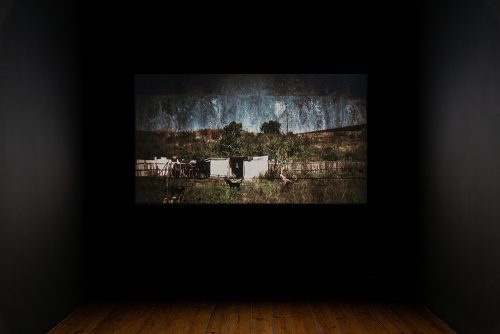