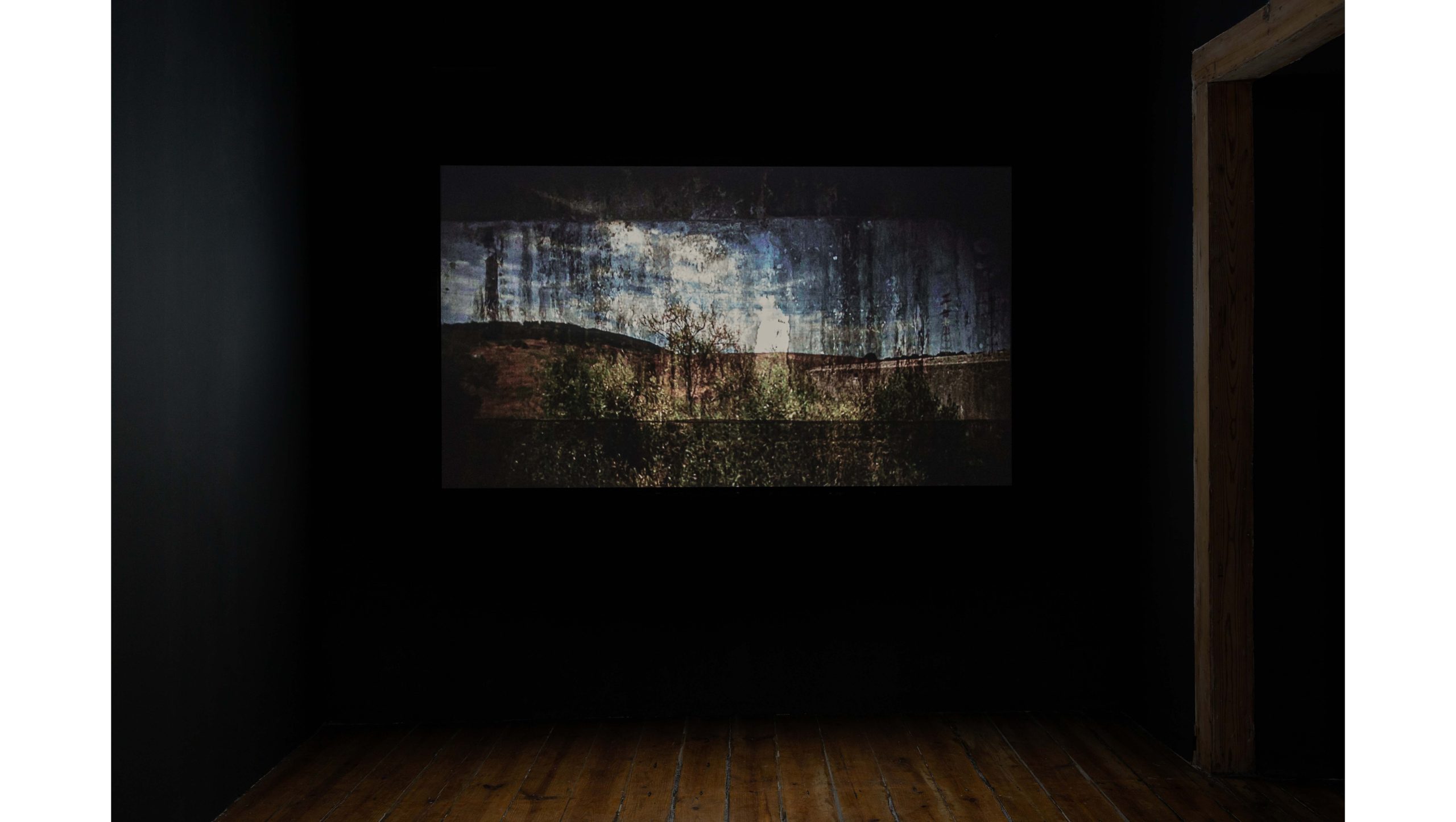 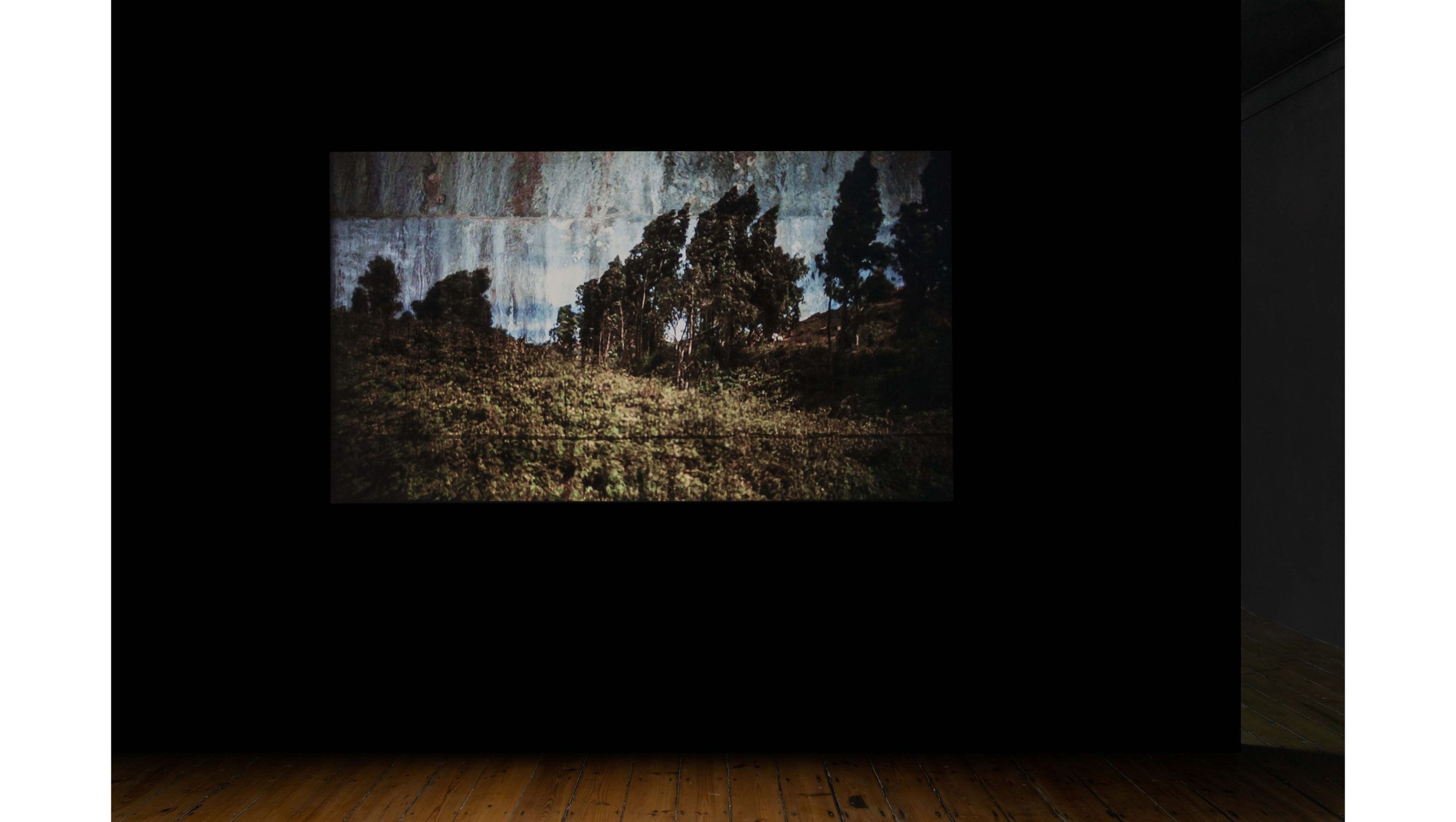 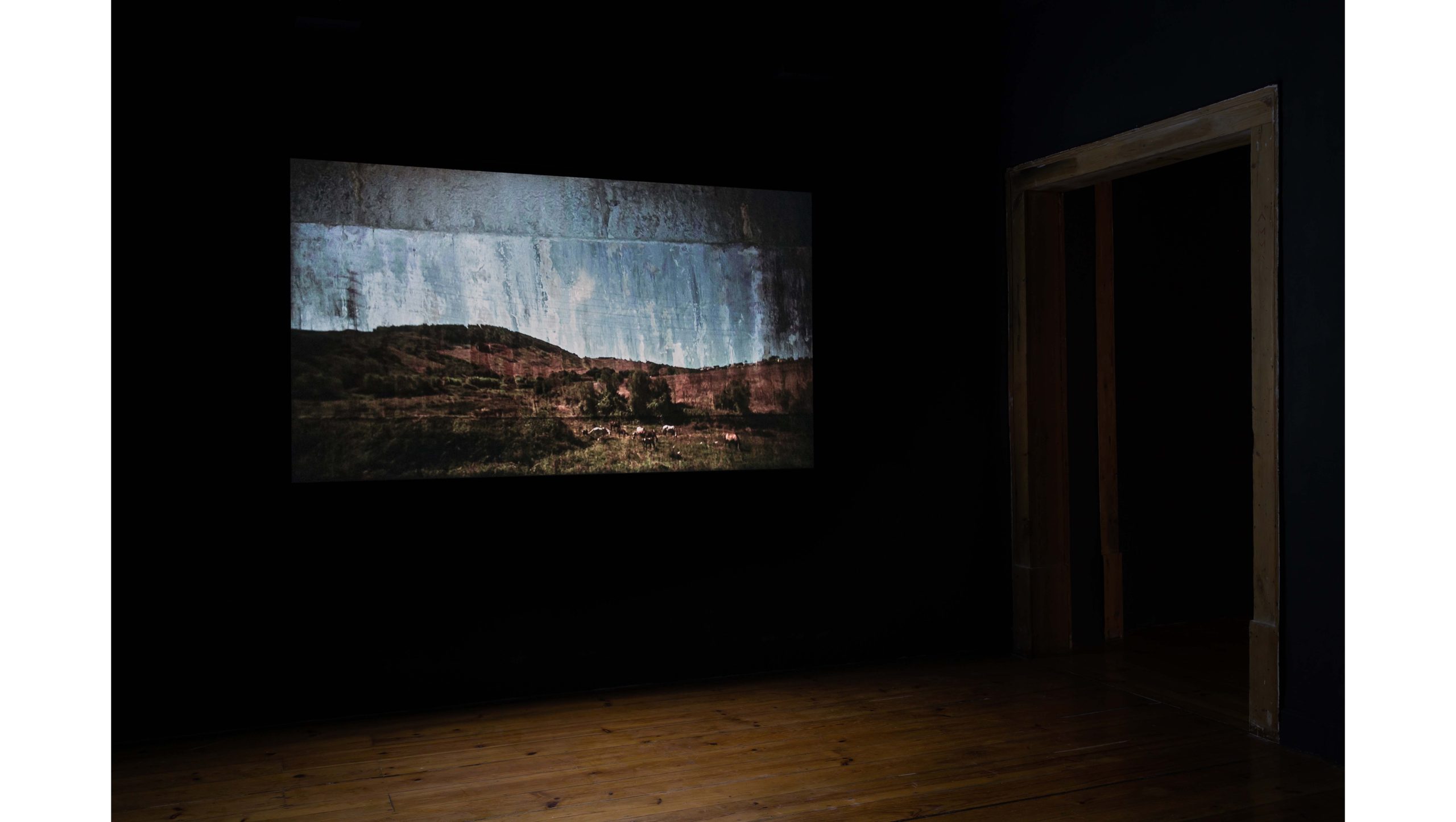 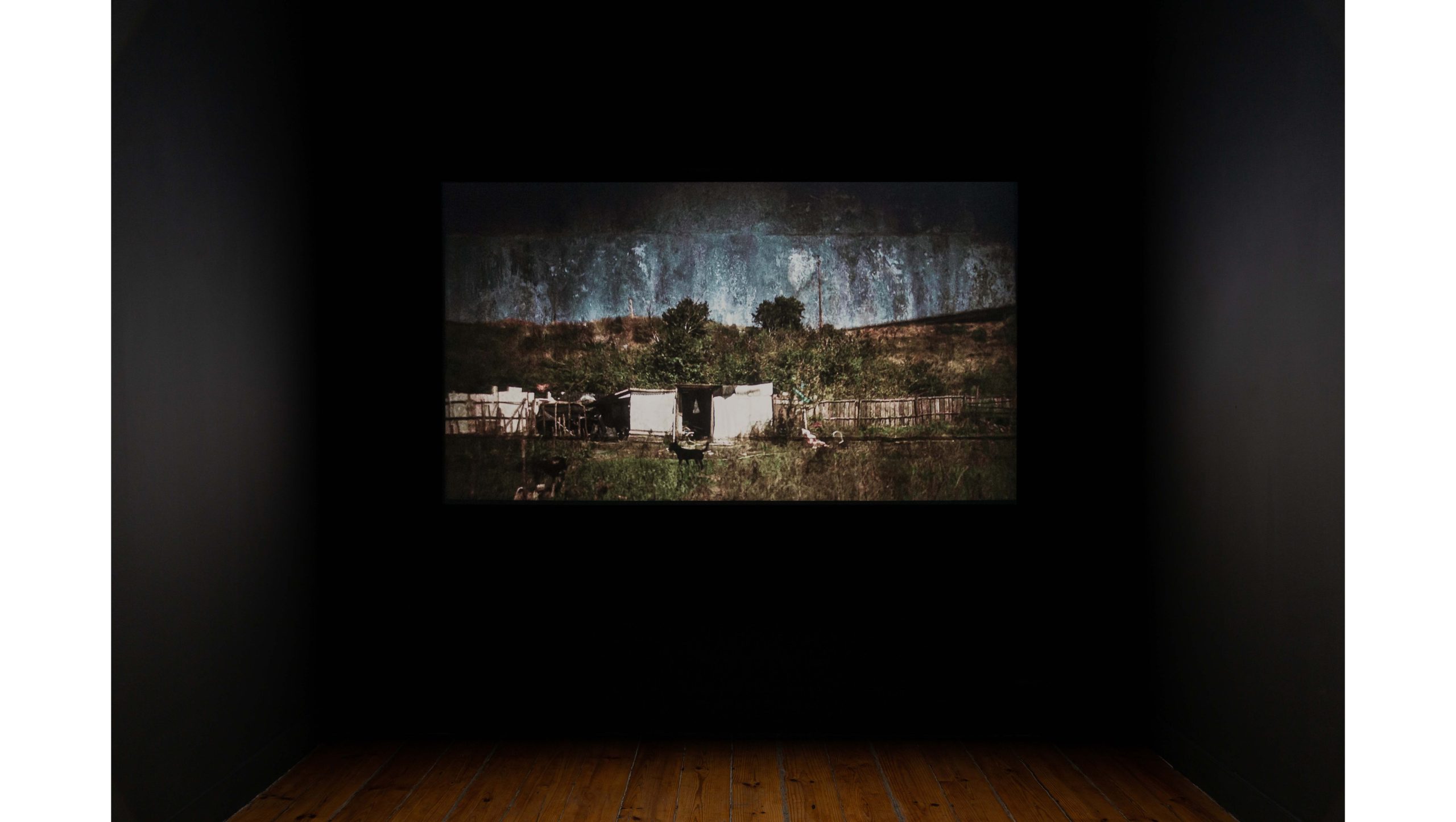 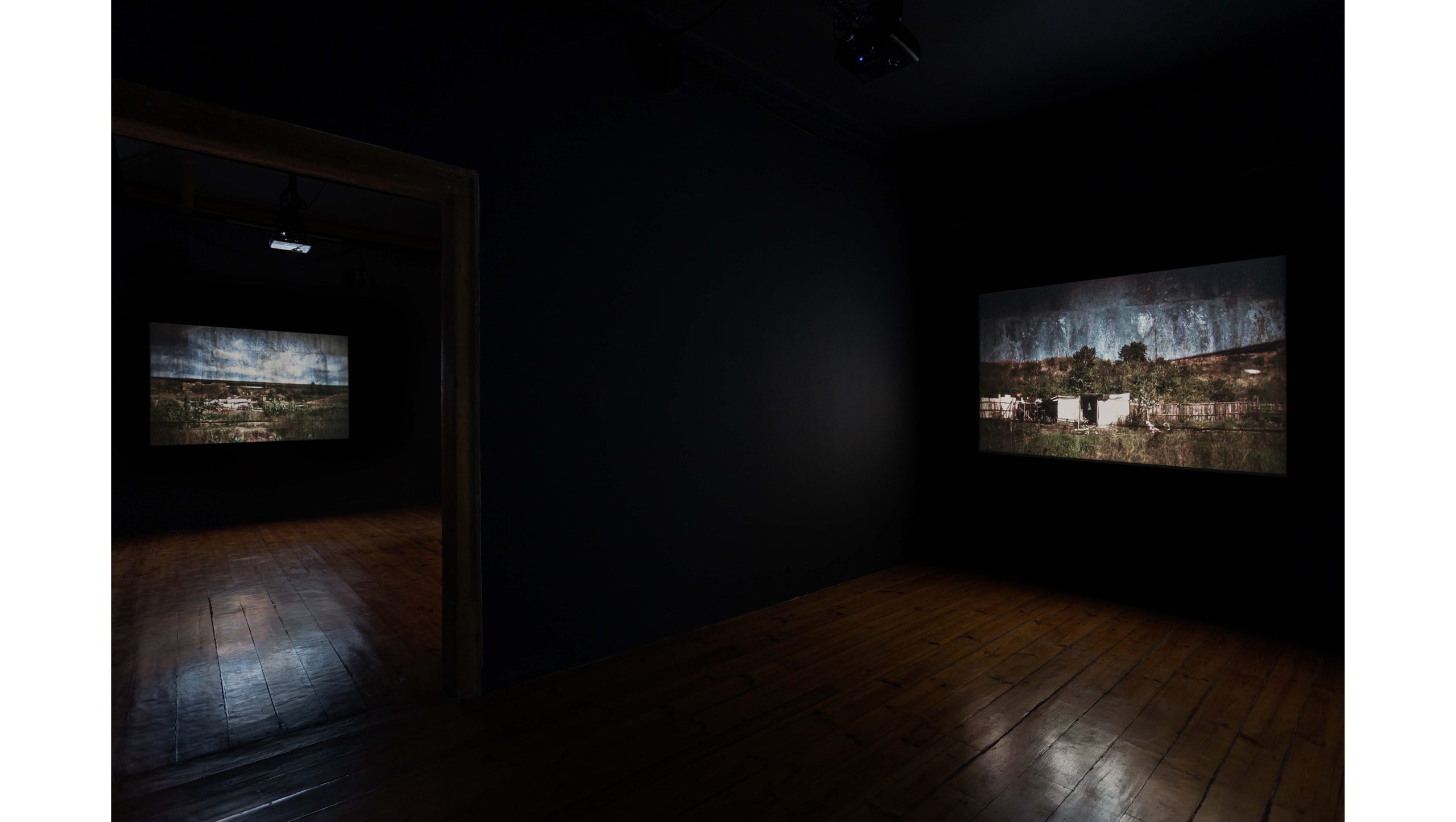 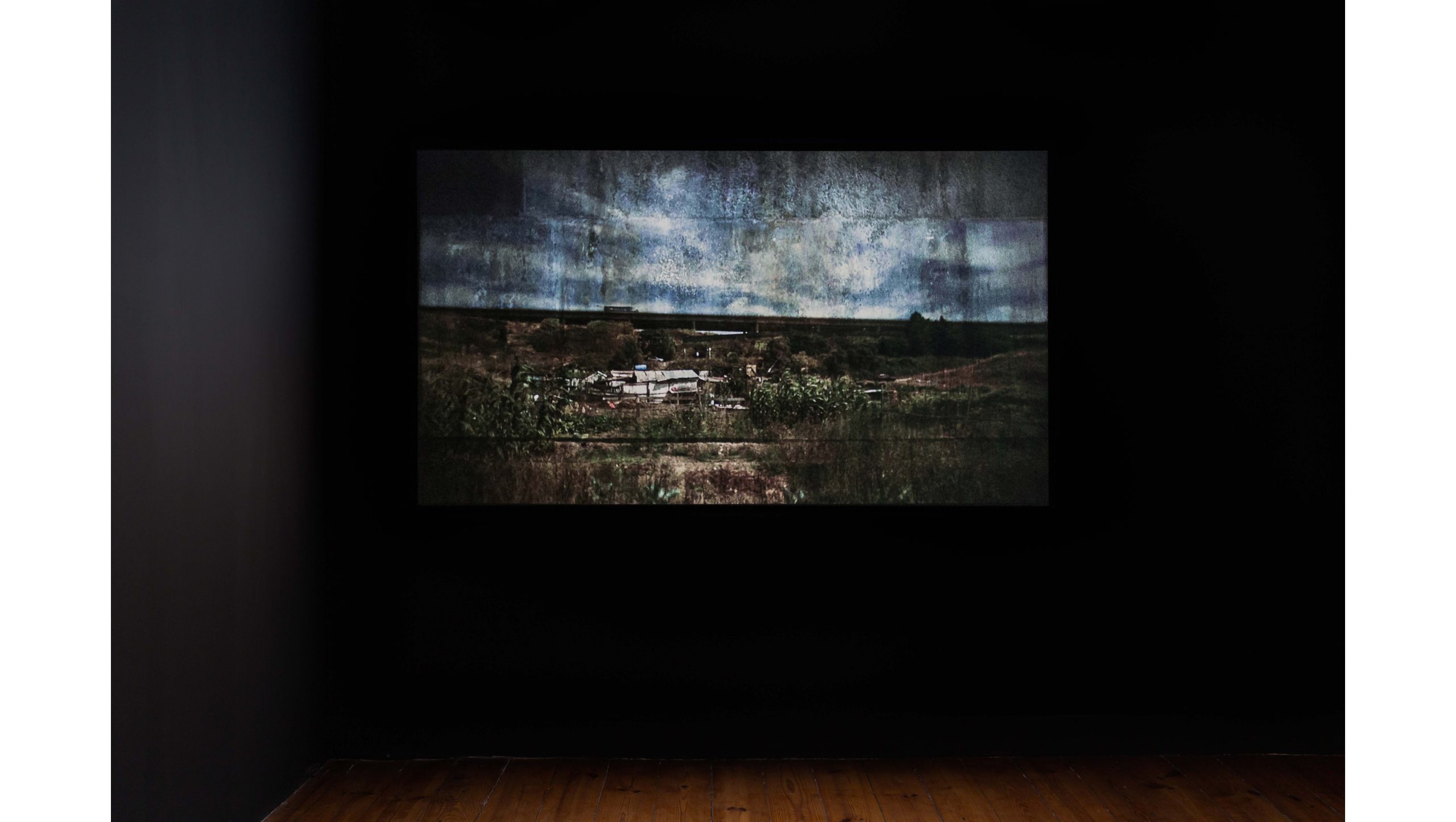 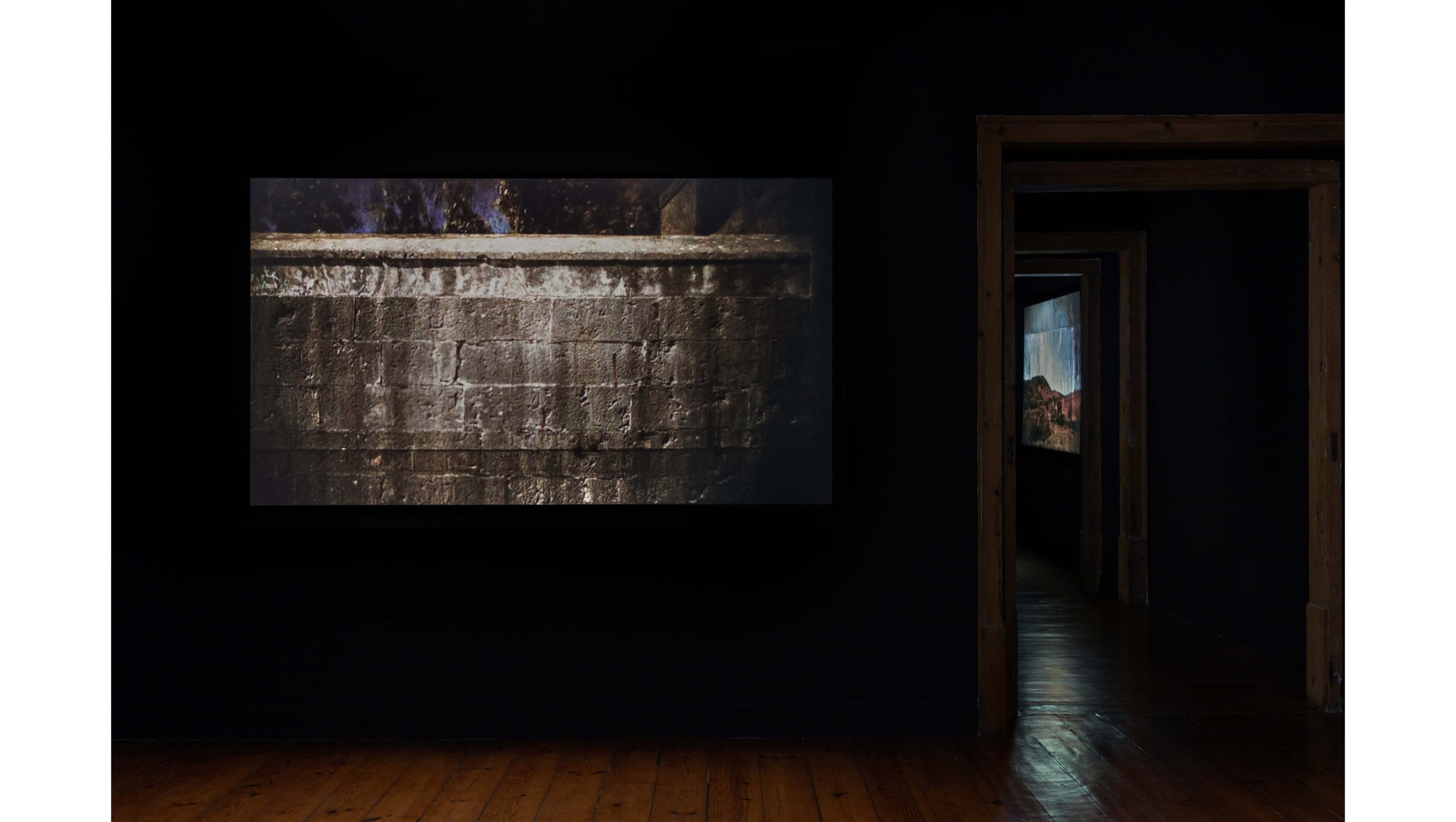 Galeria Zé dos Bois presents First Impressions of a Landscape, a solo exhibition by João Nisa consisting of an installation based on material filmed inside the Águas Livres Aqueduct, on the outskirts of Lisbon, through the use of one of its segments as a series of camera obscura devices.

Working over some of the small windows that, at regular intervals, allow light to penetrate the darkened space of the aqueduct, João Nisa directly films large-scale projections of the outside landscape onto the rough stone walls, with which they merge until the two are almost indistinguishable. Created through an intricate technical process that reproduces the original framings of the projections as determined by the aqueduct’s architecture, the images obtained acquire a surprising character, resulting from their almost ethereal nature, the superimposition of layers, and the permanent undecidability between fixity and movement. The shots filmed by Nisa work as experiences of duration, since the recorded landscape – mostly rural but with significant signs of human intervention – is crossed by small events that establish a very specific rhythm and musicality, which is reinforced by the accompanying sound, also recorded inside the aqueduct.

The exhibition at ZDB offers a journey through a set of projections, presented across the various rooms of the gallery. This creates the conditions for each of them to be grasped in its unique complexity, but also as an integral part of a chain, in which the sounds establish a contamination effect that reinforces the immersive nature of the installation.

Based on images of images, projections of projections that deliberately hide the method by which they were produced, First Impressions of a Landscape dialogues with the tradition of landscape painting and with a whole strand of so-called experimental cinema, providing an intense perceptual and sensory experience.

“When all is said and done, it is striking that these images remain as surprising after one has been let in on the process used to create them as when one knew nothing of it. A true perceptual anomaly is presented: a succession of quasi-impossible images unfurling by means of a procedure that exploits the architectural singularity of the monument.” (Raymond Bellour, text on the exhibition’s booklet / folha de sala)

The exhibition’s parallel programme includes a film cycle, consisting of a small selection of films chosen by João Nisa to dialogue with his work, mainly from the field of the so-called experimental cinema. The first session will take place at the Cinemateca Portuguesa and the others at ZDB. There will also be conversations between João Nisa, Natxo Checa and invited critics and theorists, such as Sérgio Mah, Erika Balsom and Olivier Schefer.

João Nisa was born in 1971 in Lisbon, Portugal, where he lives and works.
He graduated in film studies from the Escola Superior de Teatro e Cinema (Lisbon) and in communication sciences from the Universidade Nova de Lisboa, where he obtained his master’s degree.
He has investigated the relationship between cinema and contemporary art, and written essays for Portuguese and international publications on the work of several filmmakers and artists. He was a lecturer at Escola Superior de Artes e Design (Caldas da Rainha) for 10 years, teaching courses on cinema history and experimental film and video.
He set up the production company João Nisa Produções to develop his own projects.
He directed the film Nocturno, a visual and aural description of Lisbon’s abandoned amusement park, which has been screened at several international festivals and featured in various film programmes.
He is completing a project consisting of two films related to the novel L’Image, by Jean de Berg (Catherine Robbe-Grillet).
The installation First Impressions of a Landscape, presented in a solo exhibition at Solar – Cinematic Art Gallery (Vila do Conde) in 2021, and the film of the same title that will follow are the first pieces to emerge from his ongoing work inside the Águas Livres Aqueduct. 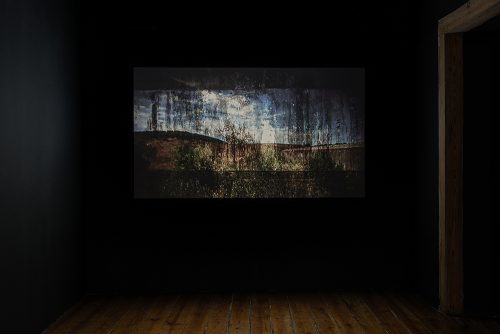