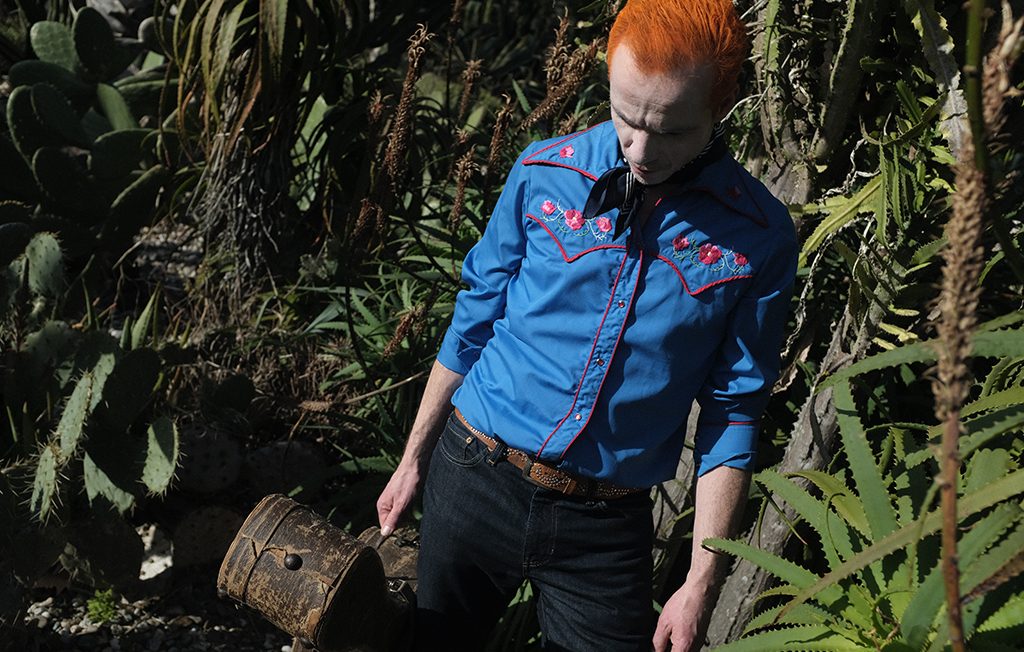 Wolf Manhattan is a producer who, at an unspecified time, lived above a store in downtown New York City. Surrounded by his uncle’s record collection, a 4-track tape recorder and a 1950s guitar (which belonged to a well-known Rough Trade artist), he discovered that the only way to soothe his loneliness would be to listen to peripheral but princely voices of garage, indie and pop.

Composing and recording then became his best companions. The result of this friendship is 13 stripped-down songs that talk about broken hearts, self-doubt and debt, bad decisions, lost dreams, and precarious jobs.

All these songs are now compiled into an album, available September 22, 2022.

All this is real!

A true creation of the restless musician, composer and producer João Vieira who, after leaving his mark on the national music scene with projects as diverse as X-Wife, the Club Kitten parties and the electronic alter-ego White Haus, has now returned transfigured as Wolf Manhattan.

In an extravasation born out of a creative urgency in the middle of a pandemic, João Vieira used lo-fi references to build this new folk-punk-garage persona. Adam Green and his Moldy Peaches, Jonathan Richman without Modern Lovers, the Velvet Underground, and the biggest name Daniel Johnston were the travel companions to write this story and create a new sound that presents itself as an antidote to neutralize the complexities of everyday life.

And because there are many layers and ways in which Wolf Manhattan can make himself known, live, the 13 new ear-sharp and direct songs that make up his debut album are presented through an exciting show with characters, scenarios, and unexpected moments that give access to the whole universe surrounding this mysterious character.

Accompanied by his friend and producer André Tentúgal, João Vieira made Wolf Manhattan promises an addictive and unforgettable live extravaganza with overwhelming doses of pop melodies that stick to the body and a punk attitude qb like a do it yourself badge placed right next to the chest.