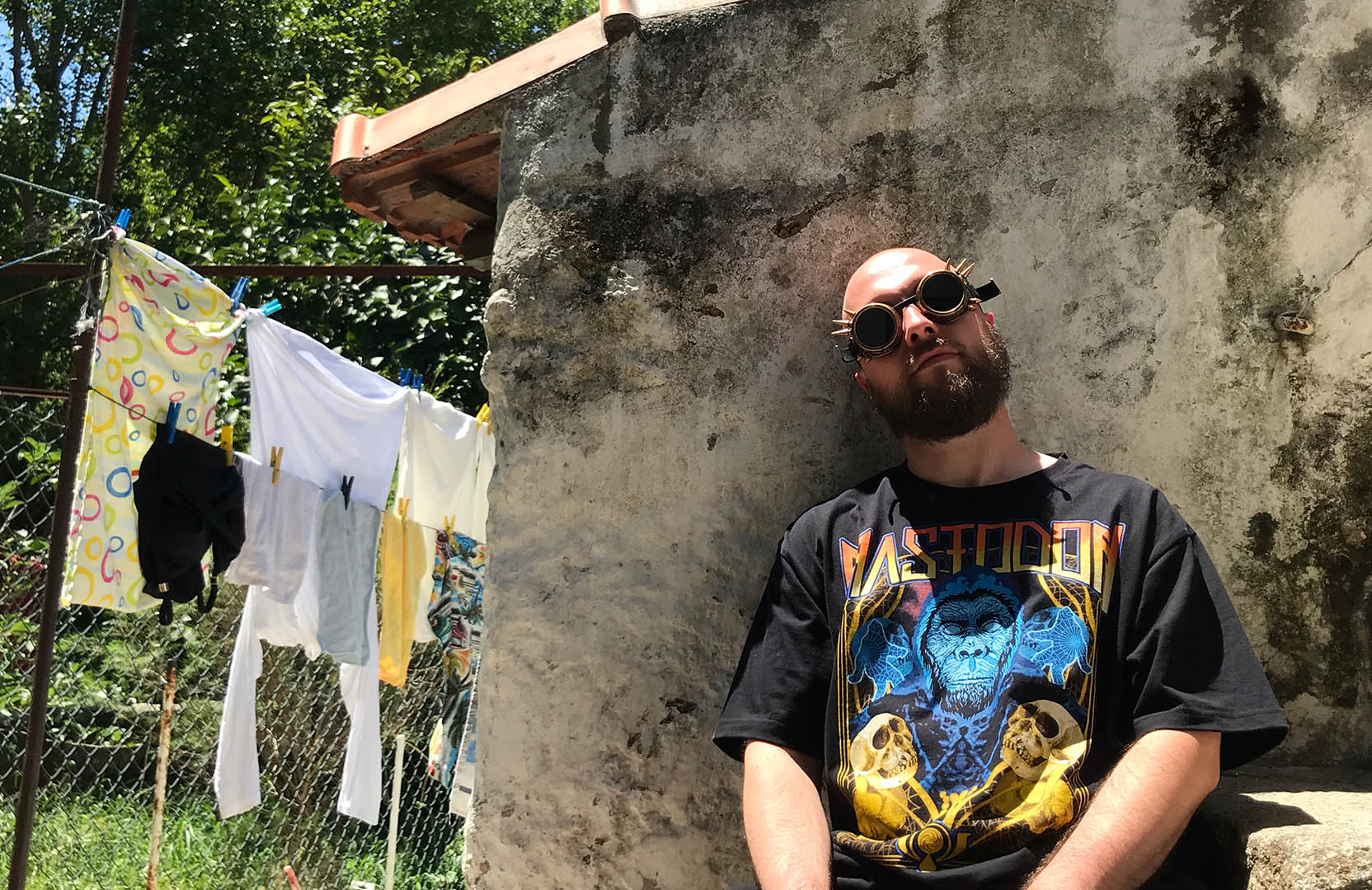 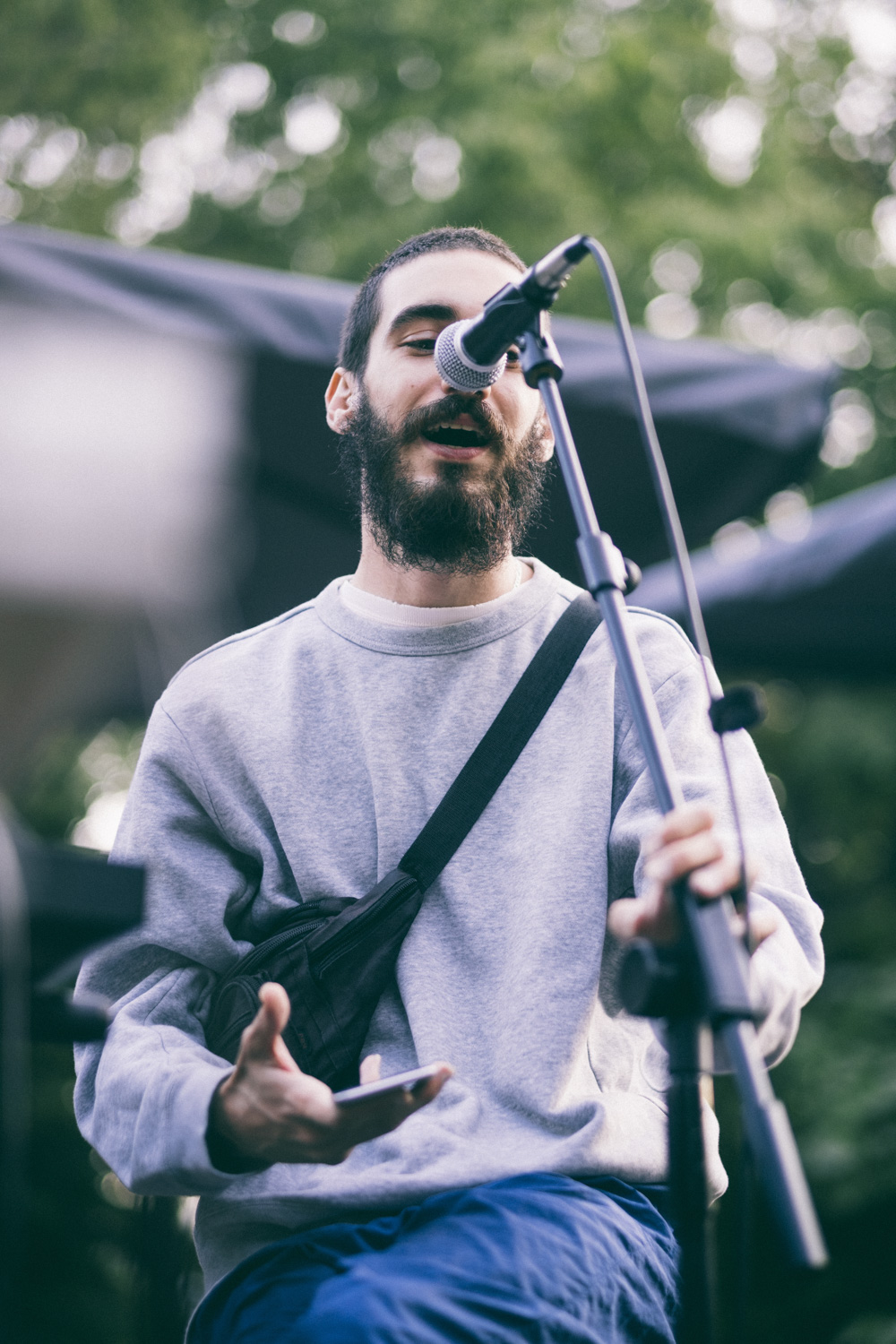 How should you introduce someone who has just arrived from outside? It has never been an easy task!
This is what “leonardo” proposes, the first album by MONA LINDA, the new alter-ego of Edgar Correia (lead singer of Conjunto Corona).
MONA LINDA may have come from outer space, but she didn’t get rid of VAT and pimba.
There are 10 tracks of the adventures of an alien, with mental health anomalies, living in Ermesinde.
The album features Presto (Mind da Gap) and Tricla, co-produced by Zé Menos, edited by Biruta Records.
The album “leonardo” is available in the physical CD format through Biruta’s bandcamp, and in the usual digital platforms. 15% of the revenues generated by the album revert to Associação ENCONTRAR+SE, a non-profit IPSS that promotes mental health and the demystification of its stigmas.
MONA LINDA presents “leonardo” on December 2nd, 2022, at ZDB.

Wugori is a producer and beatmaker born in Amadora, who debuted in 2018 with the beatape ‘Gorila’, having in 2019 solidified his path with ‘Ciclo das Duas Cobras’, EP about a spiritual awakening achieved through deep self-knowledge and reflection. In 2021, he teamed up with Gonsalocomc to create ‘Mal passado, bem pensado’, an EP that unites the raw creative honesty of both artists, creating an eternal timelessness that already marks the history of alternative hip-hop in Portugal.

Still in the same year, he signs the single ’36’ and several productions on Mura’s ‘O Álbum do Desassossego’ and Snootiechainz’s ‘Correntes’. Already in 2022, Wugori collaborated with DoisPês on the single FAROFA CYPHER and the album KIOSK, and released ‘JUICE MANUVA’, a collaboration album with Snootiechainz, which serves as an ode to both friendship and freedom in artistic creation and interpretation.

Live, Wugori debuts in live set format in 2018 at Desterro, and again in 2019 with shows at Desterro and Odd Trindade. In 2020, he performs in live set at 36, in Lisbon, and still in the same year, but already with voice, he signed the poster for Chinfrim Não É Barulho, at Anjos 70. In 2021, he signs the ZigurFest’s poster, with a joint show with LYFE and Afta3000, in Lamego, as well as one of the editions of LX Rap Clandestino, in the space Com Calma e Cultura, in Lisbon.

In his artistic work, both in studio and live, Wugori marks his sound, in electronica and hip-hop, by the constant search for a raw and free energy in the instrumental and the exploration of themes that overcome the barrier of the superficial, addressing themes that aim to scrutinize a deeper and darker side of human experience. Thus, it contrasts the lyric with the explosive, yet relaxed instrumental, filled with ethereal melodies and warm, heavy rhythms.