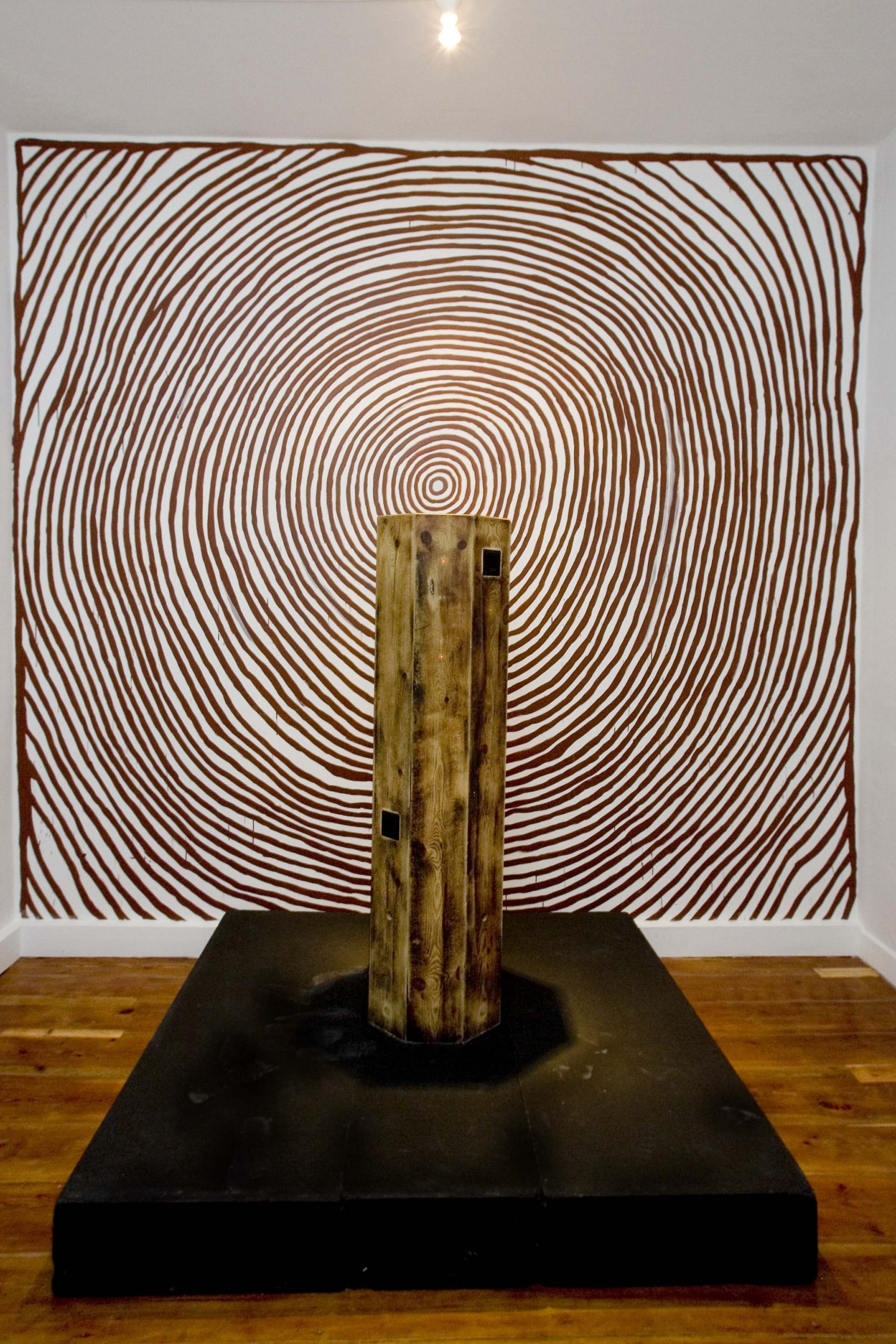 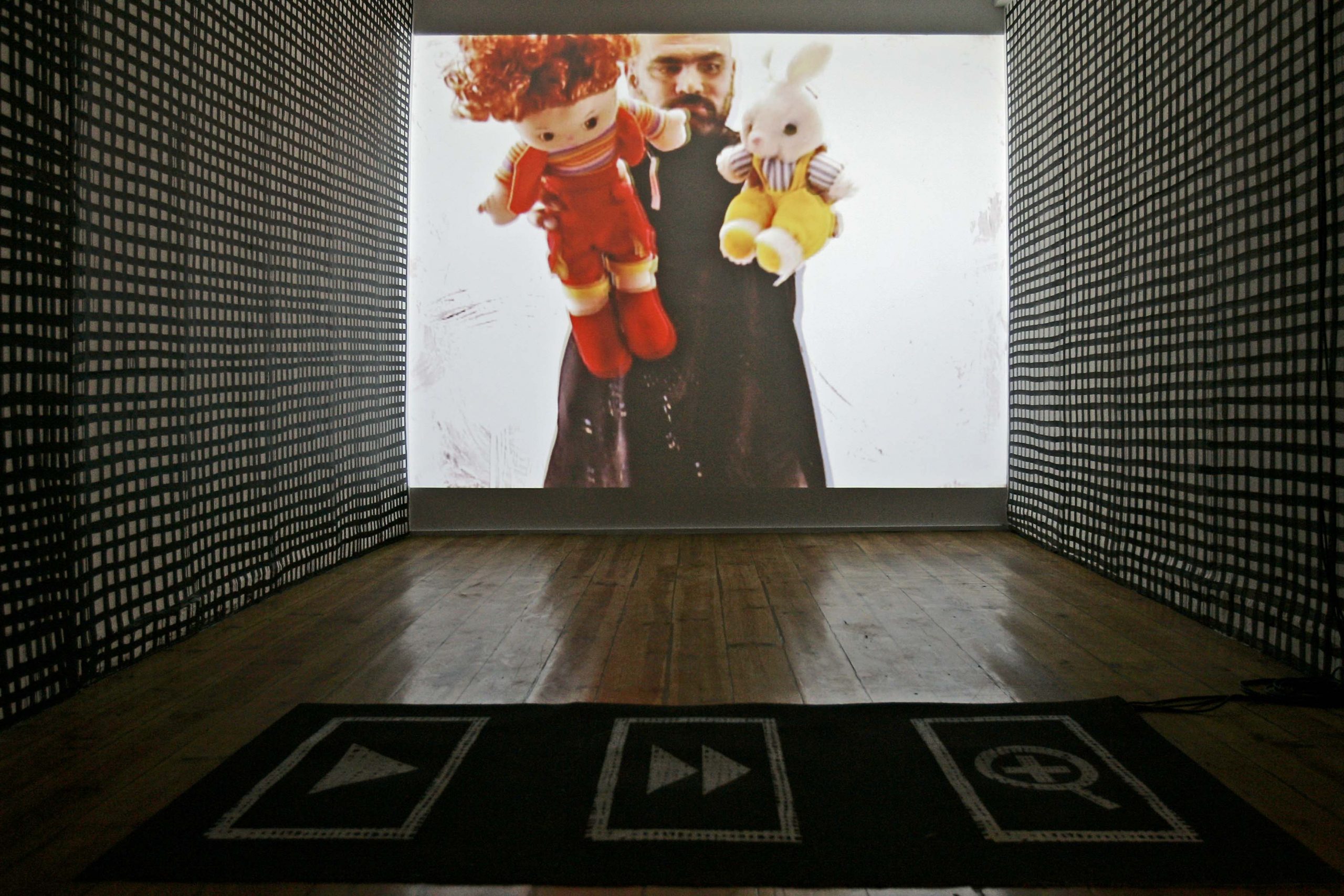 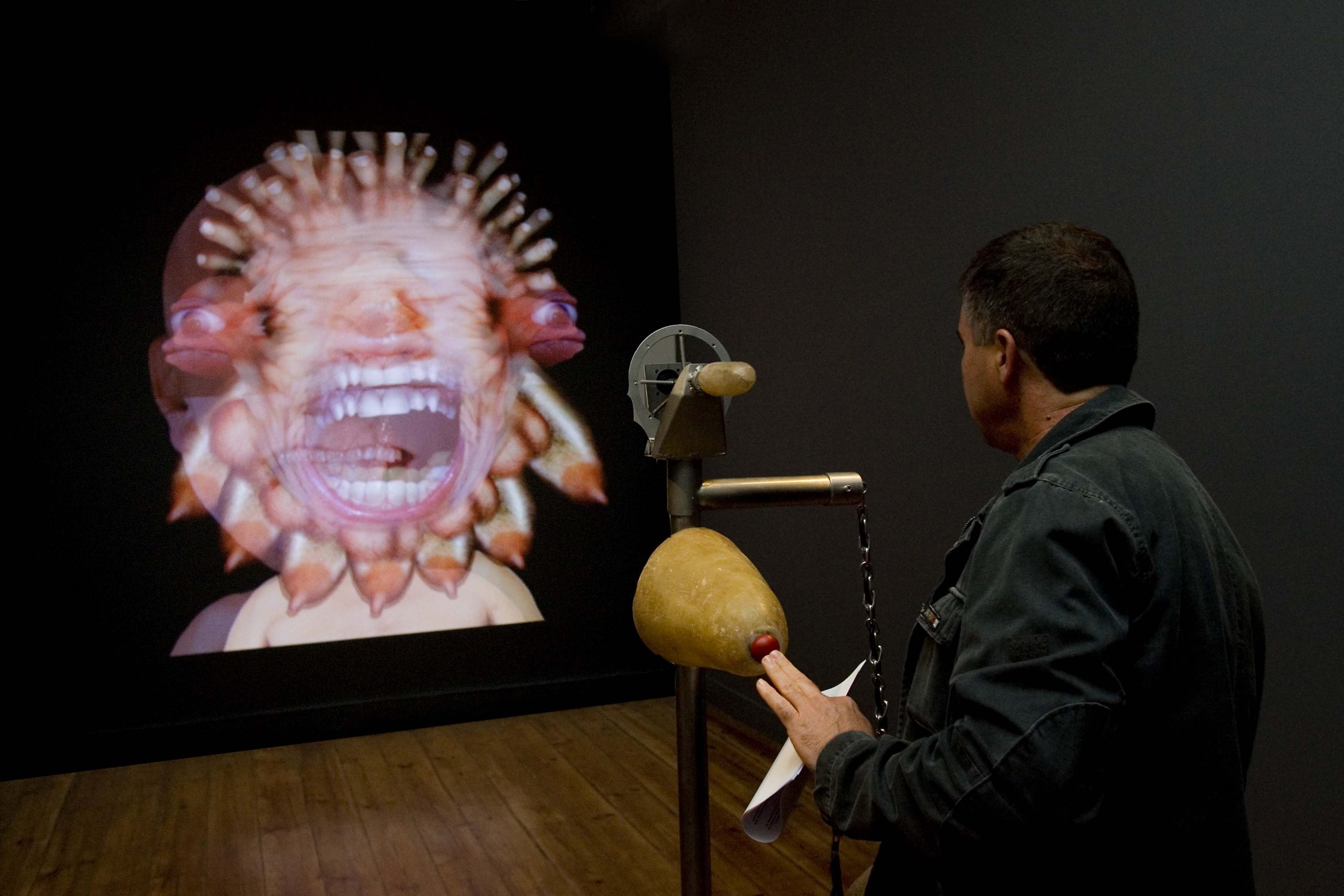 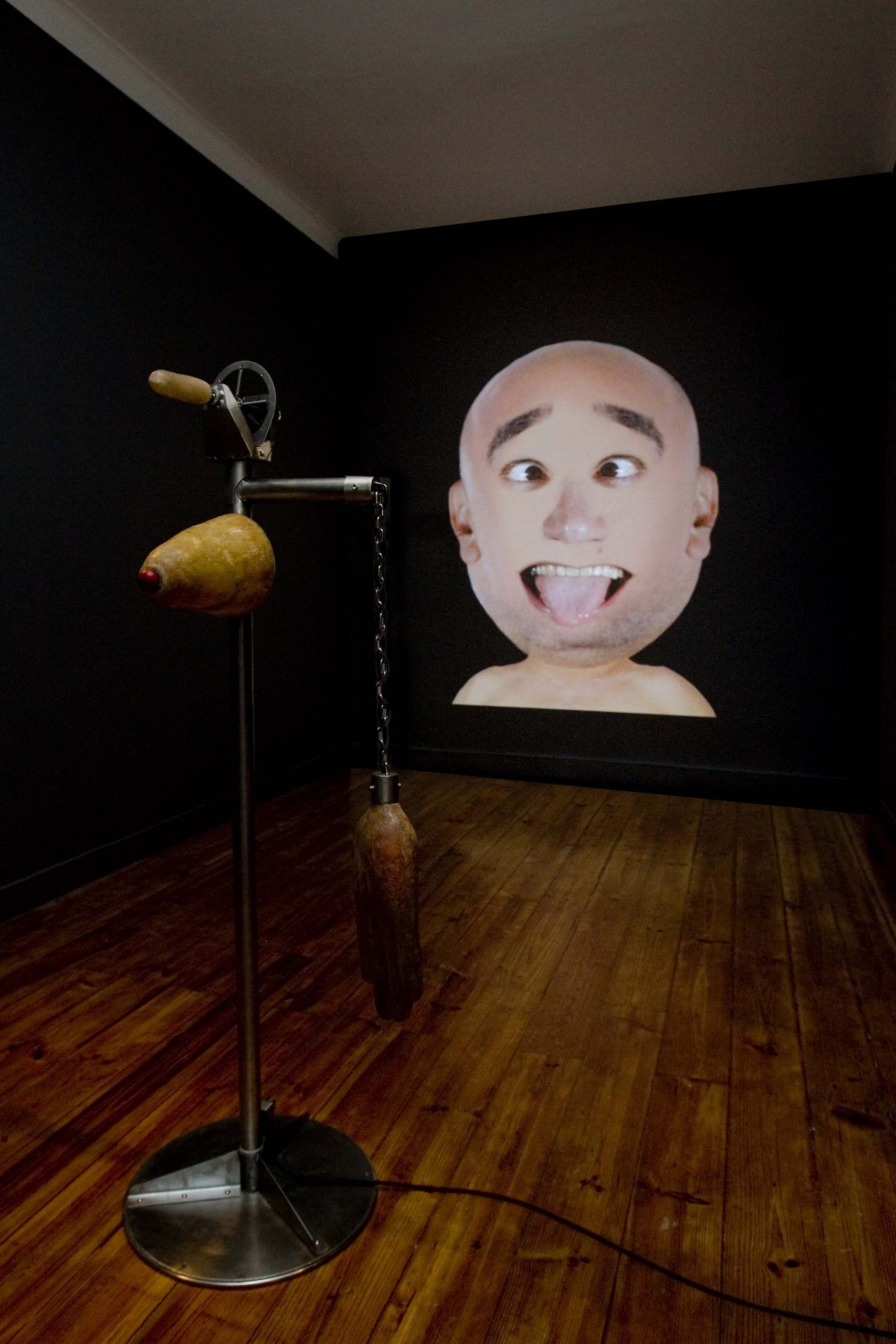 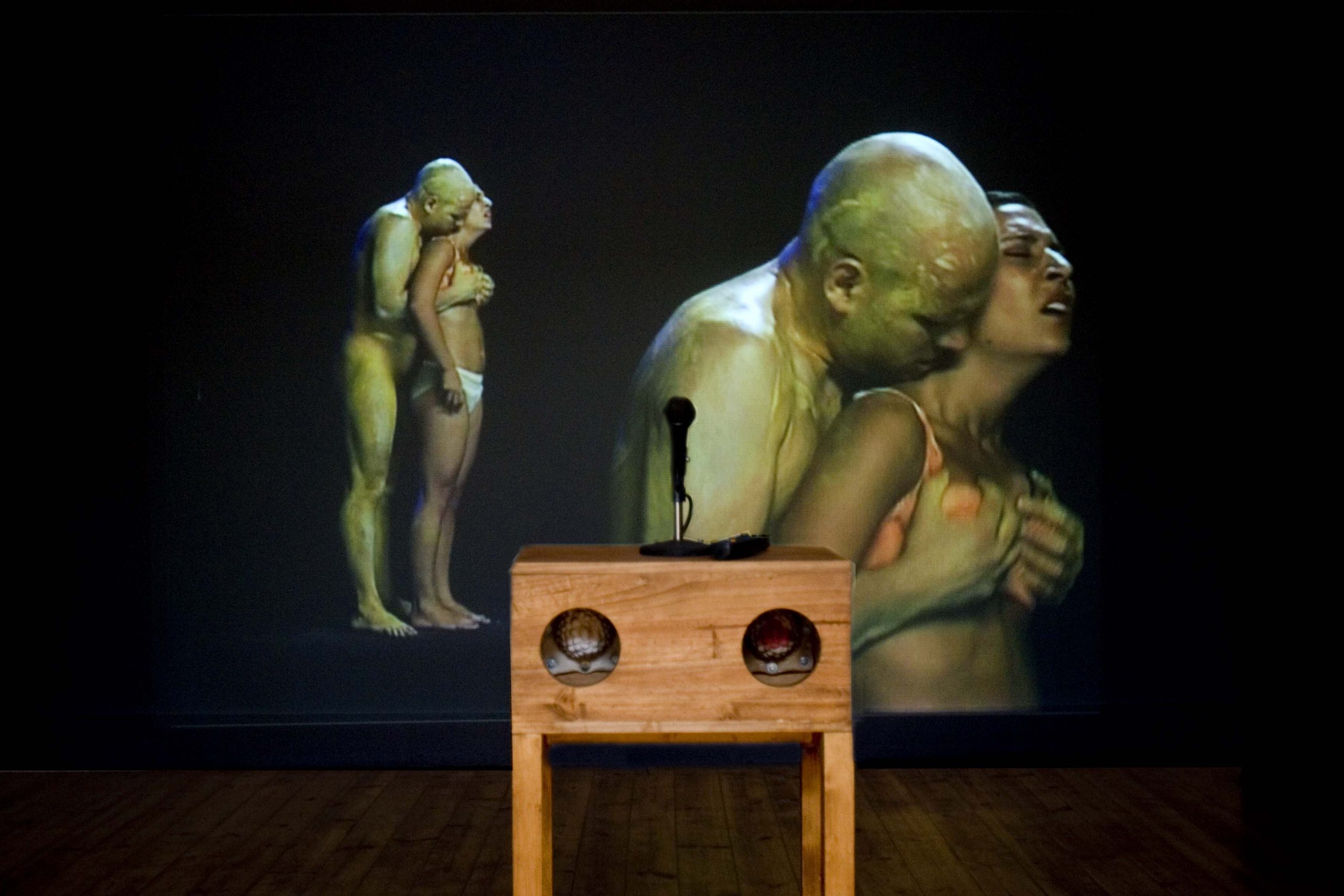 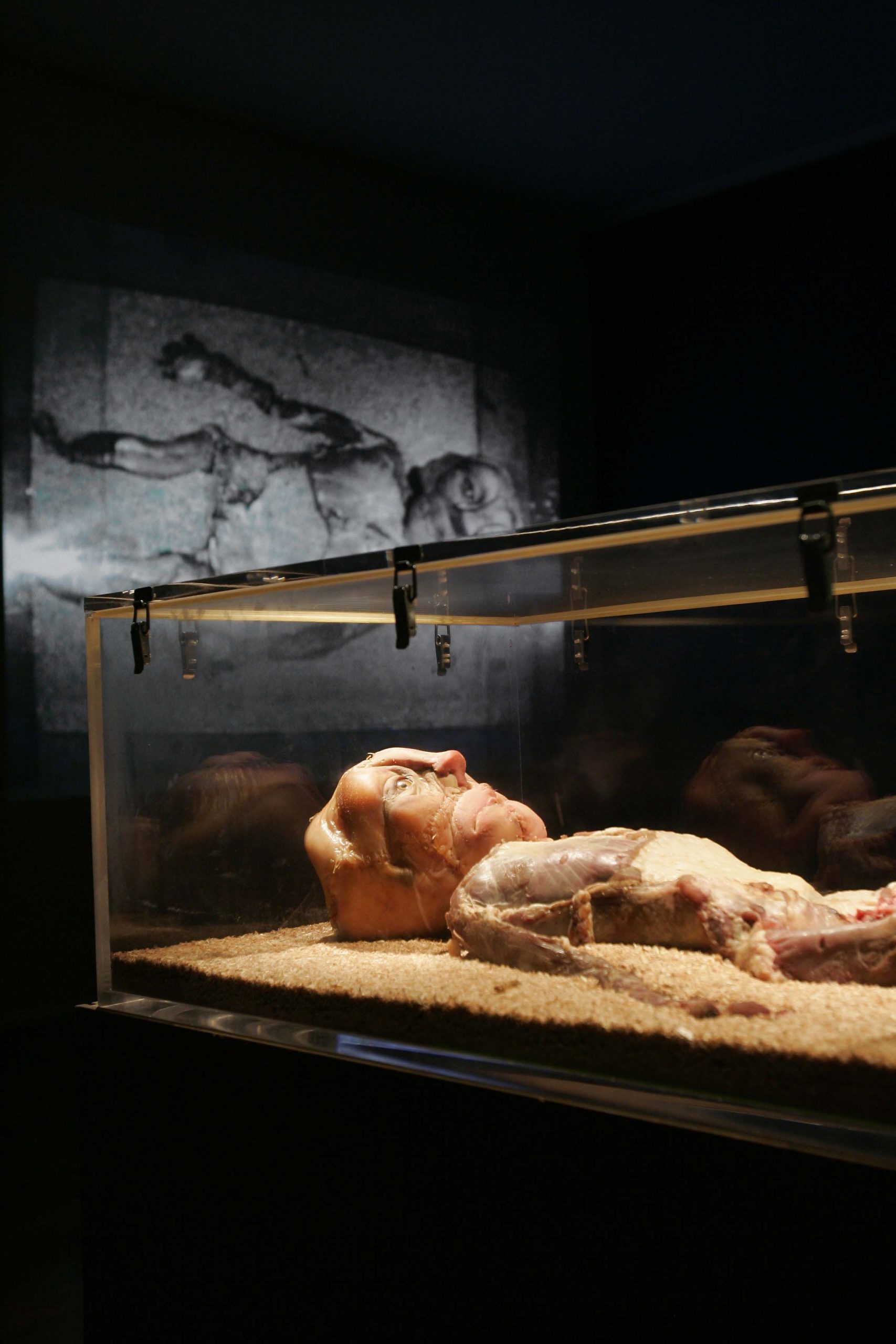 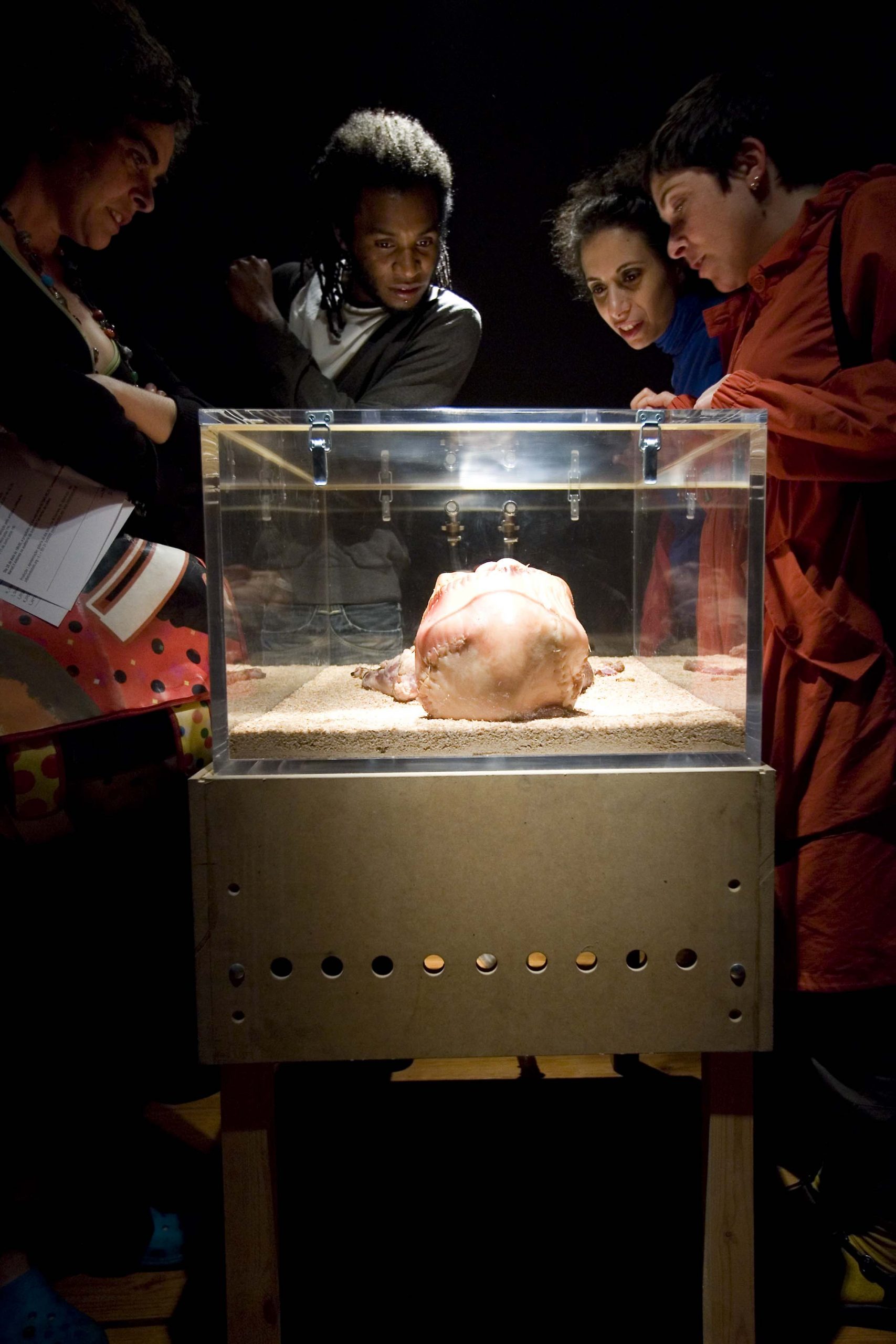 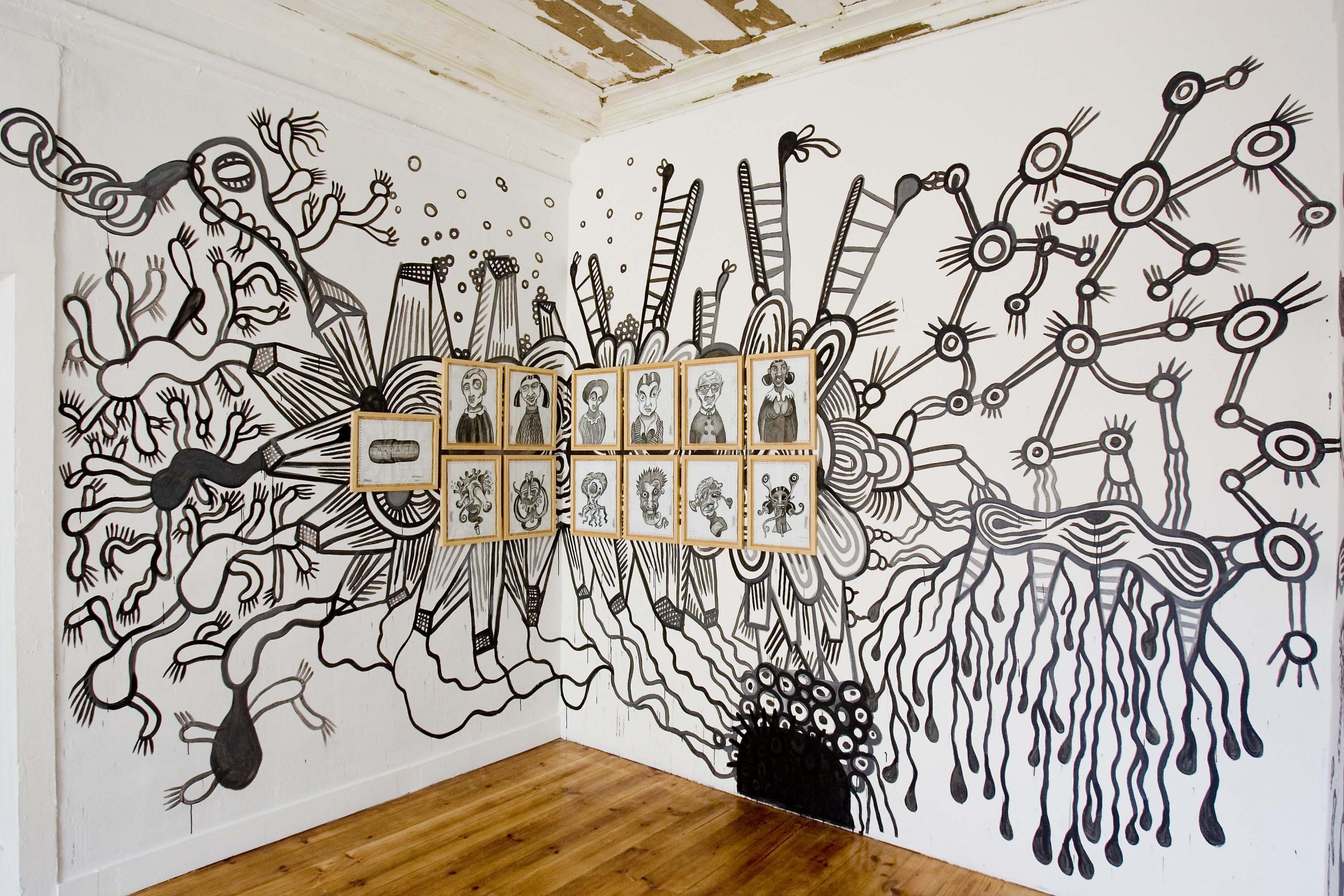 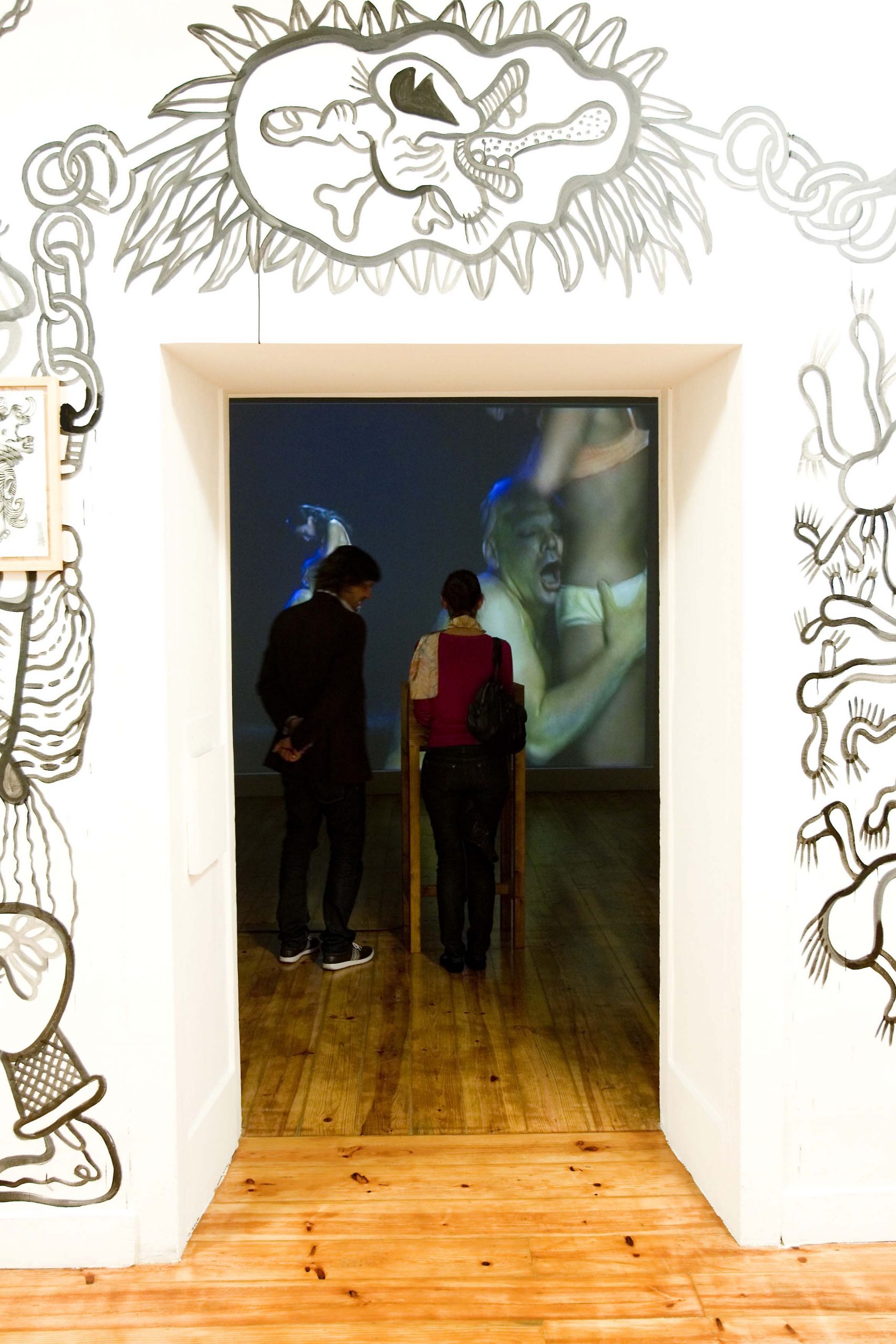 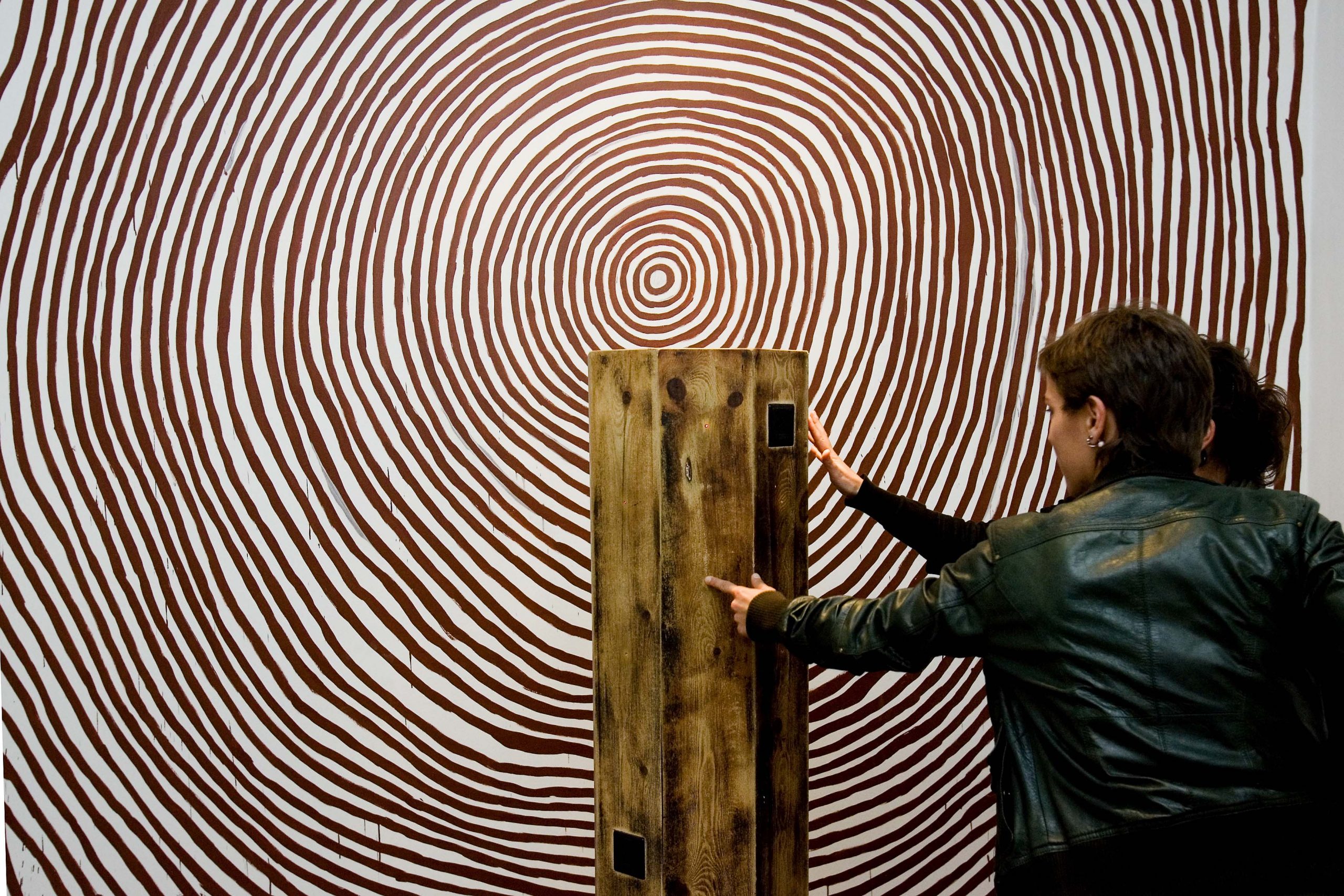 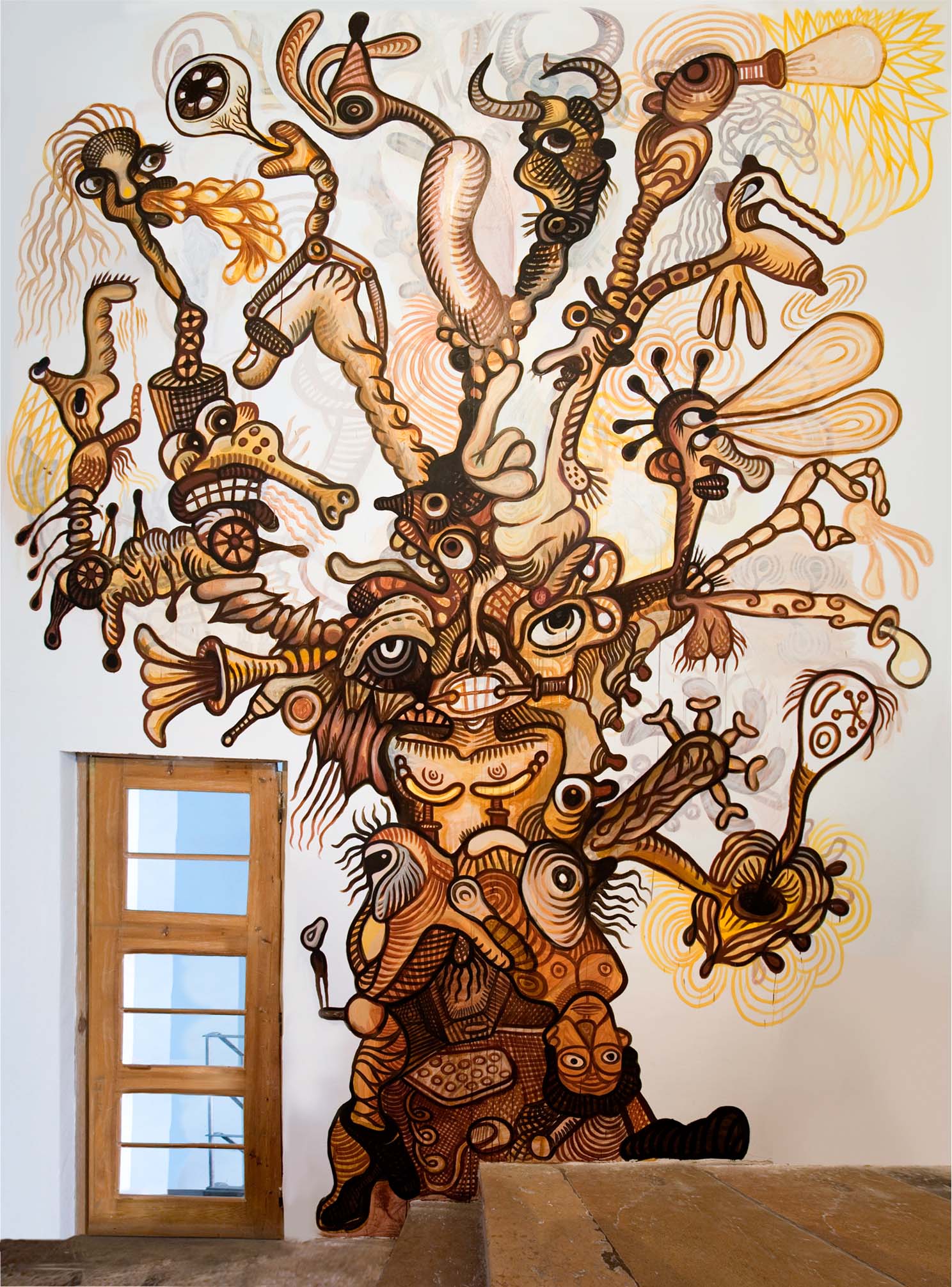 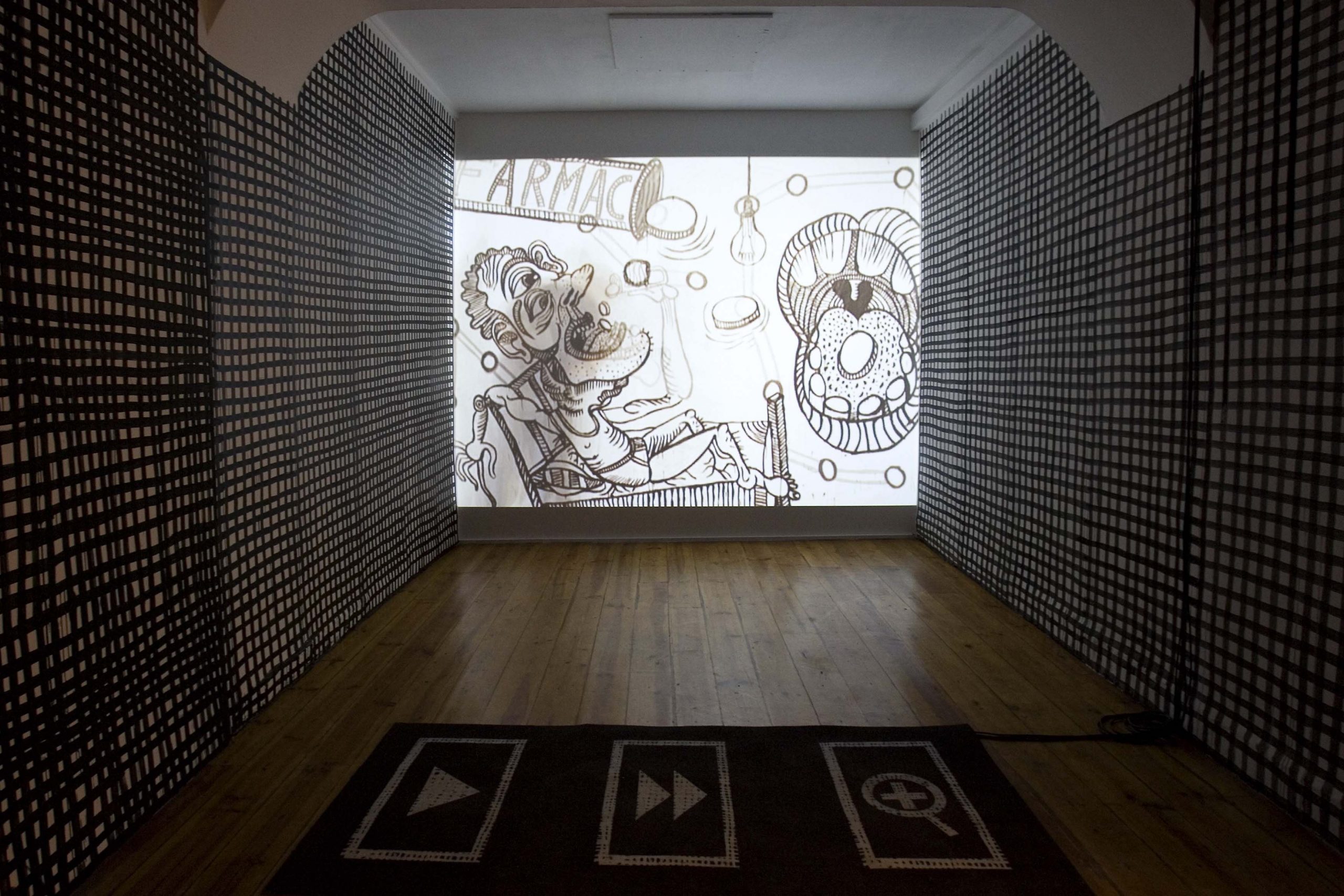 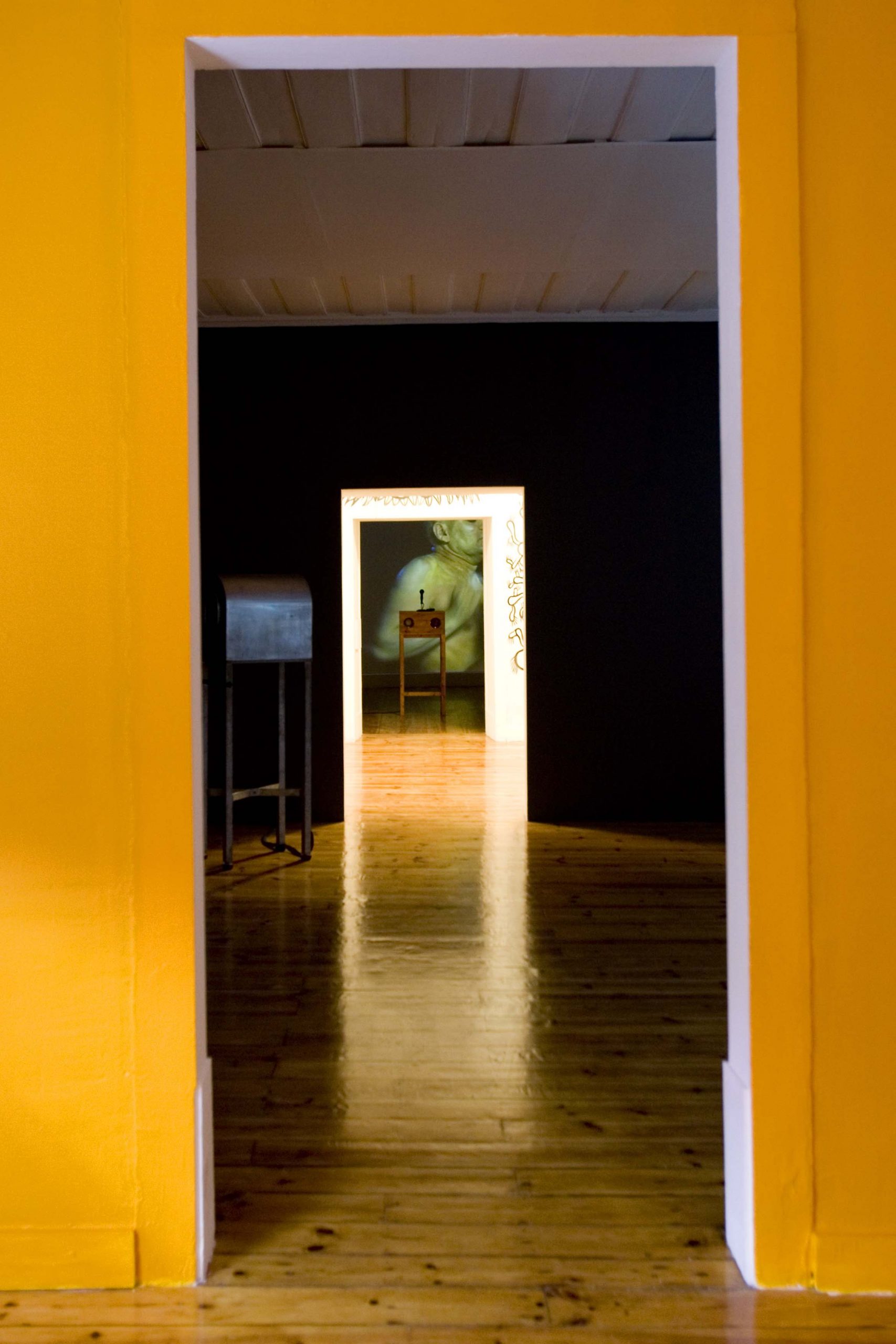 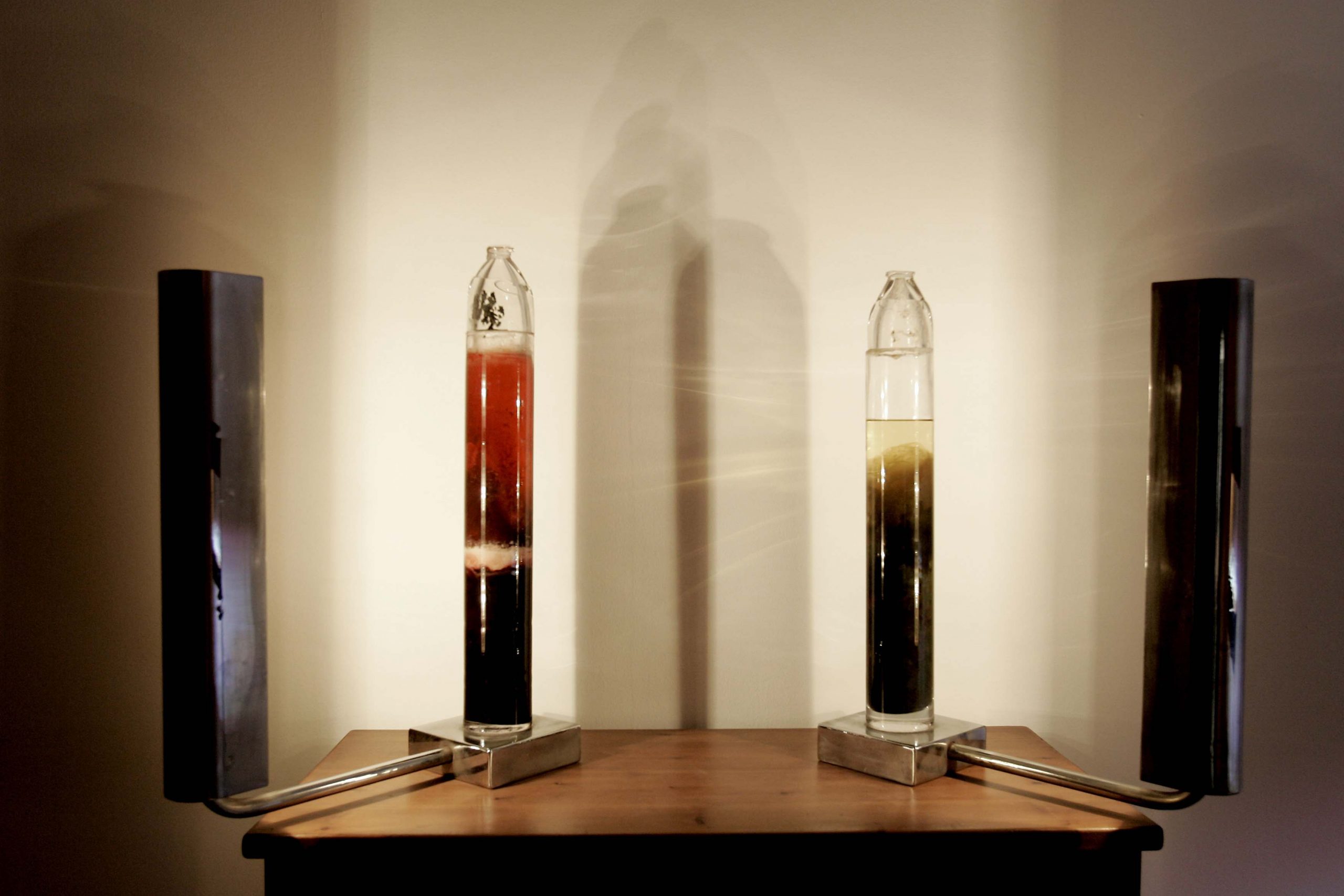 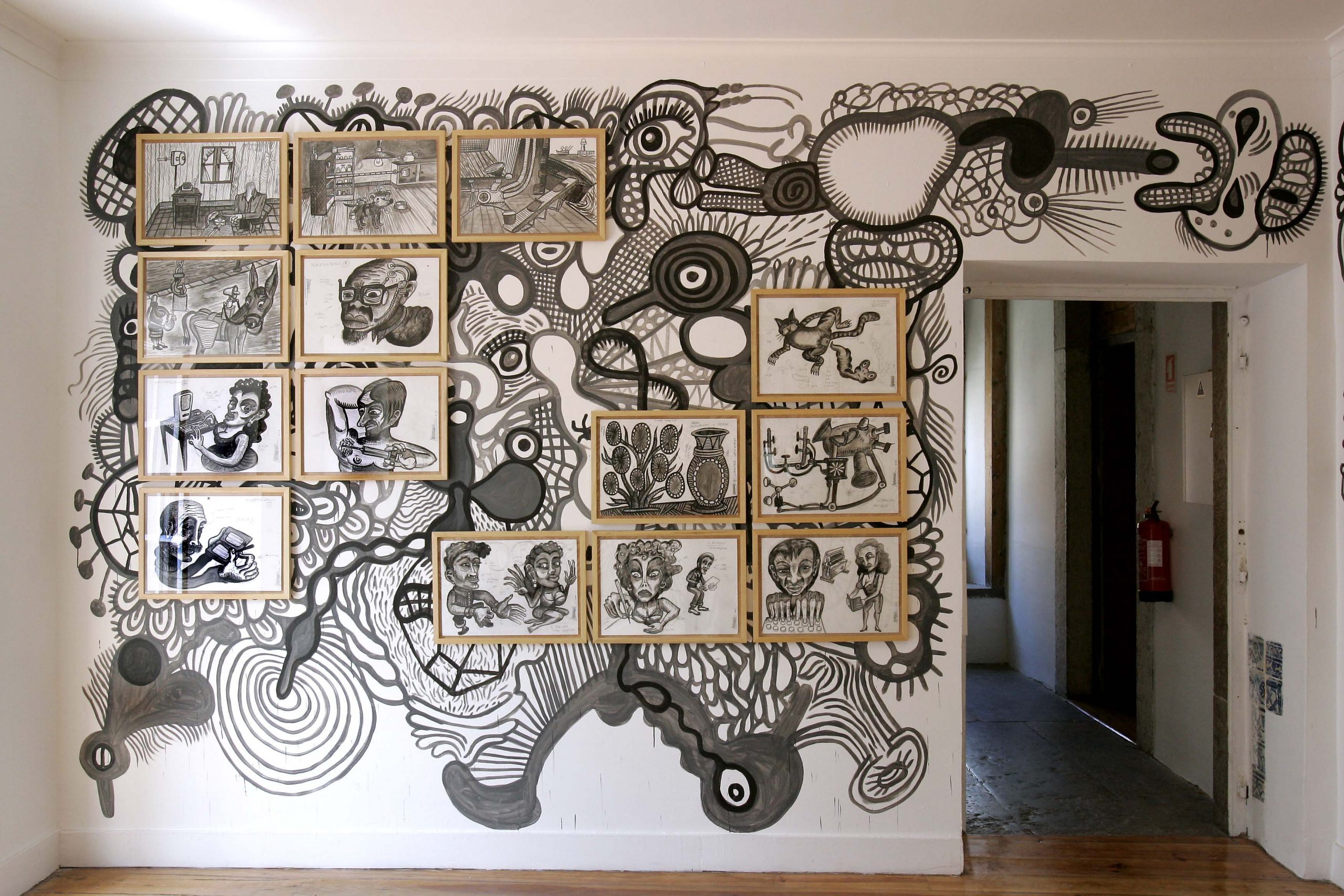 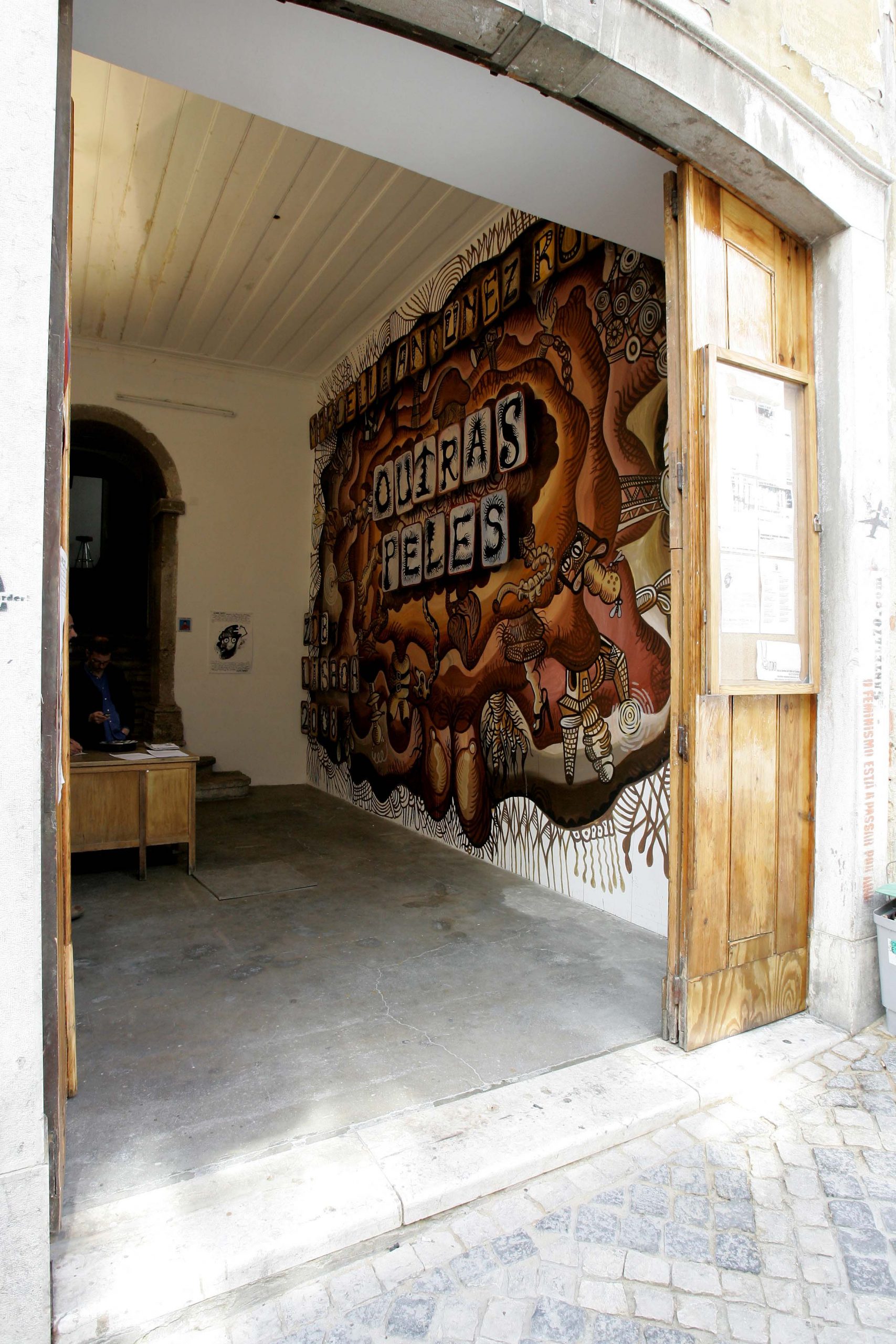 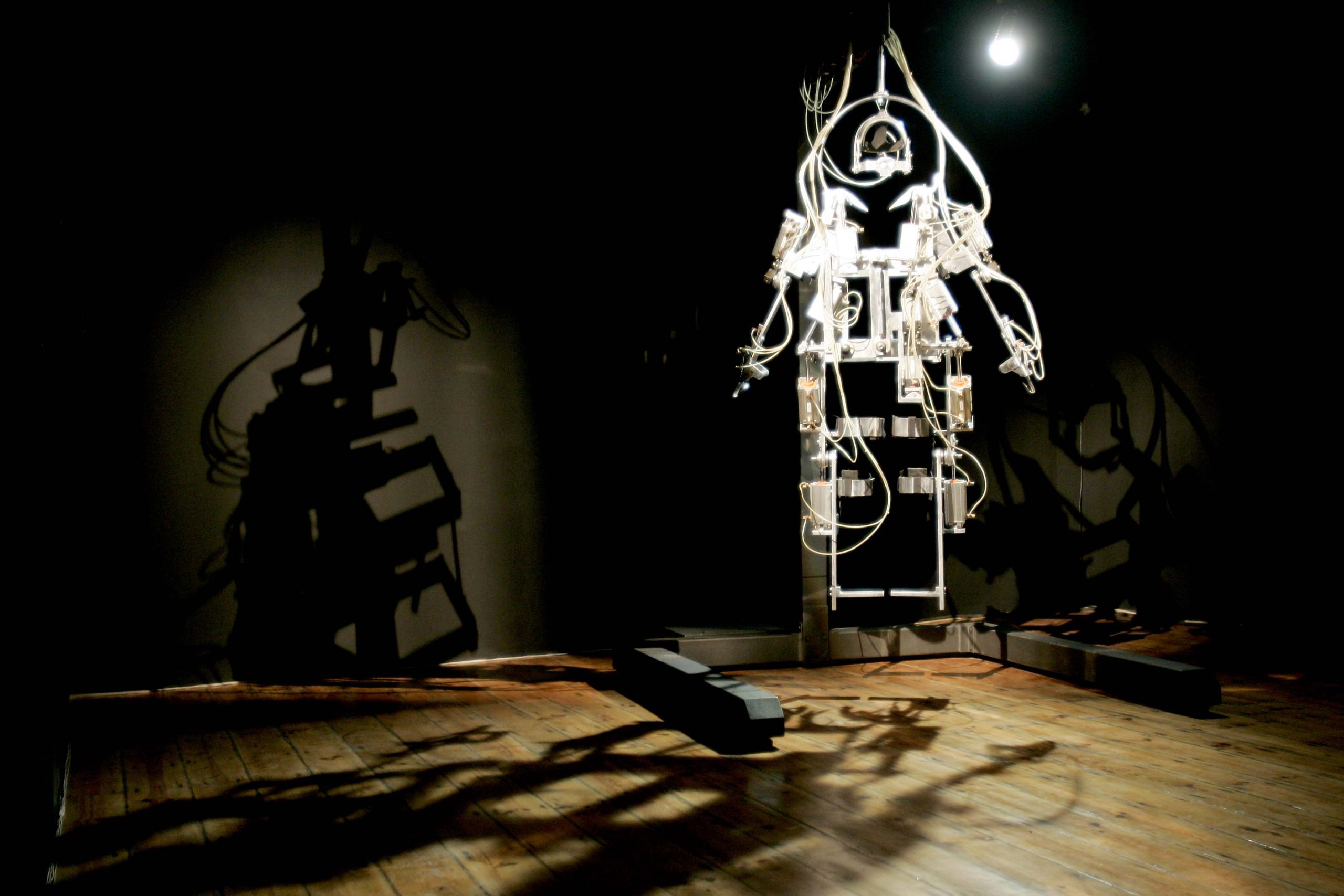 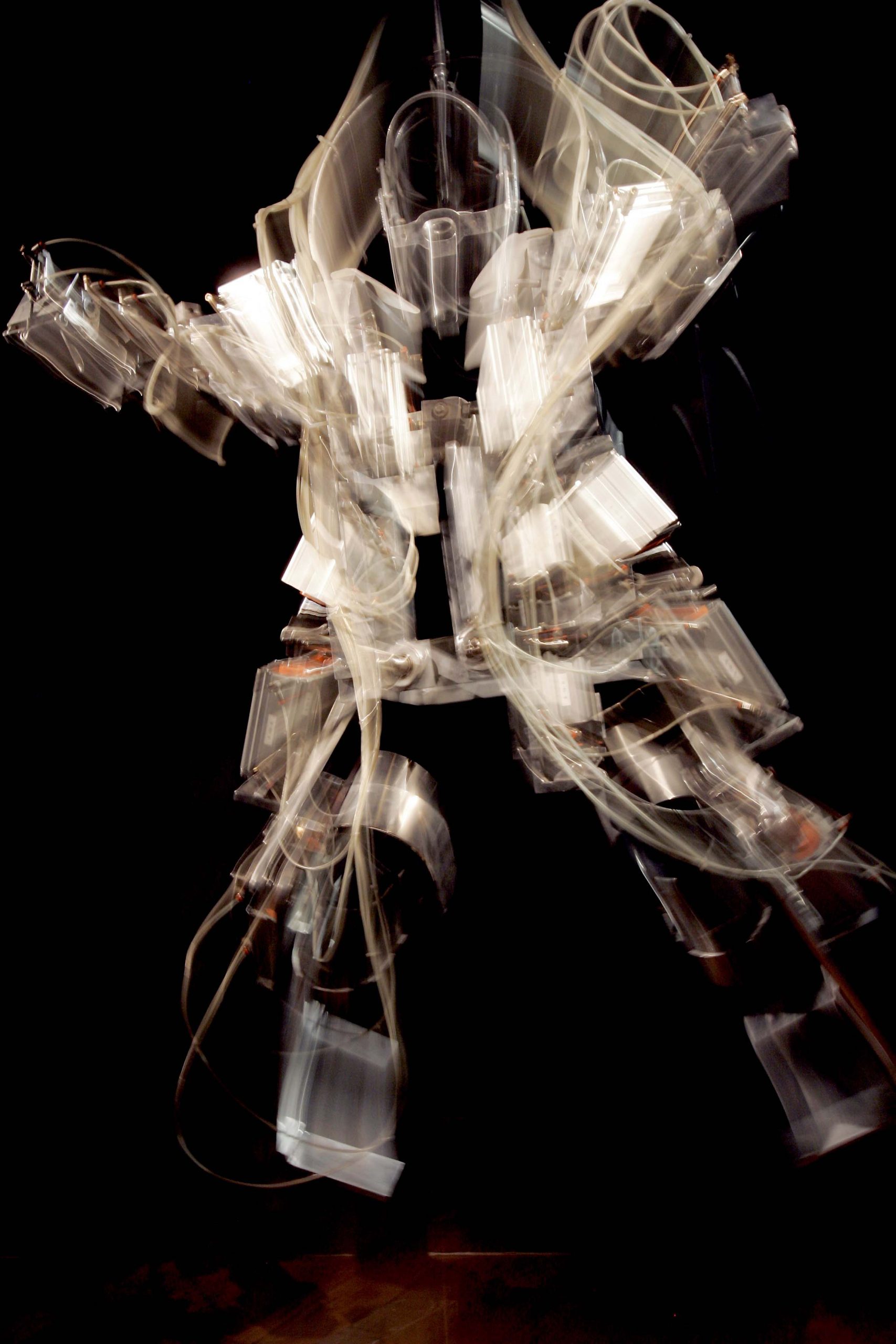 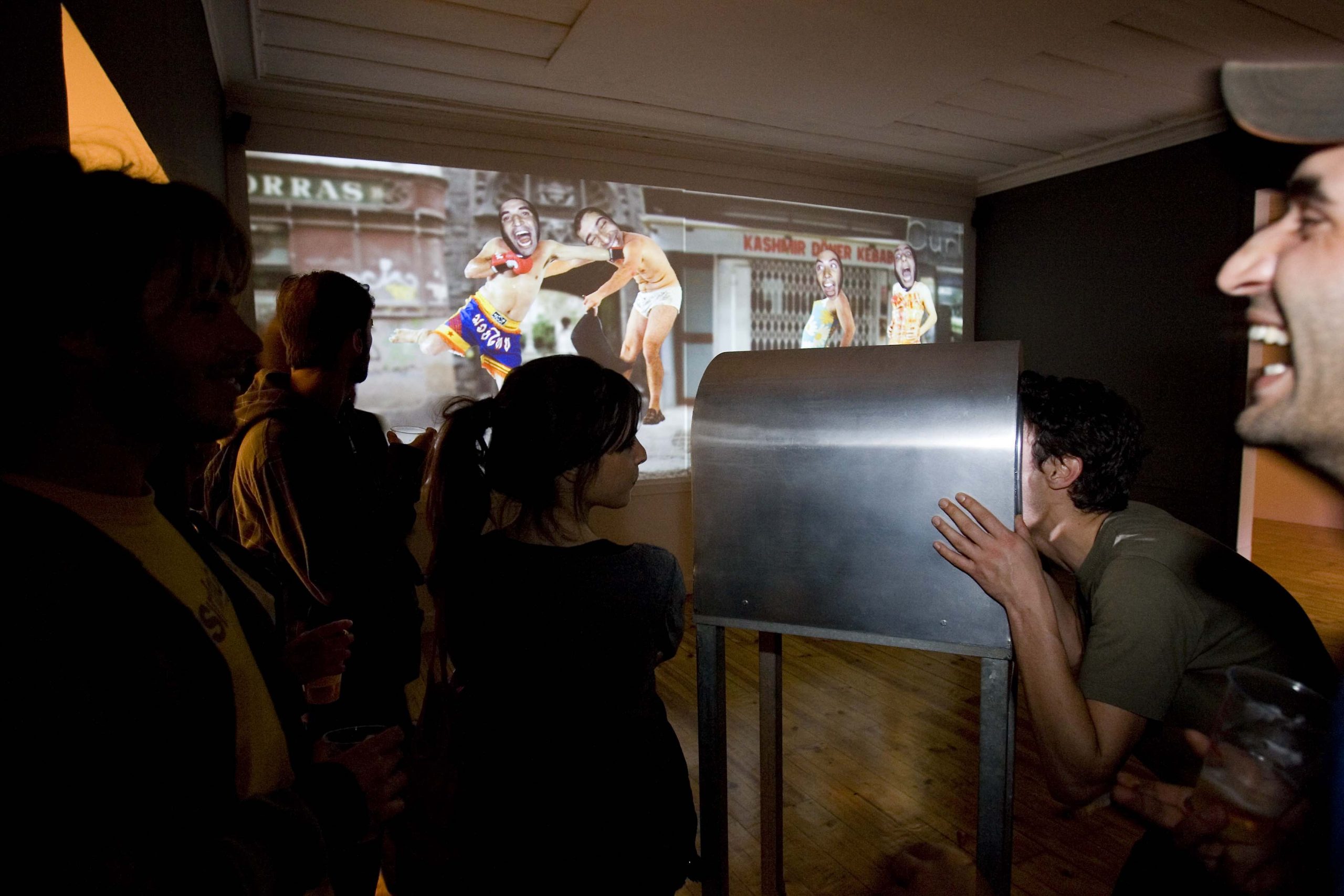 This exhibition proposes a careful look at the path of the unique work of Marcel.lí Antúnez Roca, starting from the idea of ​​interfaces and layers of the human being, both in their emotional and technological relationship through the use of simulated skins, mirrored identities, prostheses, or exoskeletons.
We can highlight three thematic points in his work: skins, membranes, and processes. Frequently, exoskeletons and mechanical interfaces appear as skins, several biological pieces such as the “Agar” and “Metzina” installations presented as membranes and drawings, which refer us to their methodological processes.
Not following a chronological order, OTHER SKIN integrates drawings, robotics, biological art and interactive audiovisual systems, covering a vast production of his work since 1994, bringing together some of the artist’s best-known installations.
As part of this exhibition, new pieces were produced, such as the two new interactive works Hipnotoc and Epidermia and a set of drawings that covered the walls of the entrance and on the two floors of the Gallery, establishing a visual and conceptual script in the understanding of the Antunian universe.

Marcel.lí Antúnez Roca (Moià, 1959) is well-known in the international art scene for his mechanotronic performances and robotic installations.

In the nineties his avantguard mechatronic performances combined such elements as Bodybots (body-controlled robots), Systematugy (interactive narration with computers) and dresskeleton (the exoskeleton body interface).

The themes explored in his work include: the use of biological materials in robotics, as in Joan l’home de carn (1992); telematic control on the part of a spectator of an alien body in the performance EPIZOO (1994); the expansion of body movements with dresskeletons (exoskeletical interfaces) sed in the performances AFASIA (1998) and POL (2002); involuntary choreography with the bodybot REQUIEM (1999); and microbiological ansformations in the installations RINODIGESTIO (1987) and AGAR (1999). He is currently working on the spatial and utopian artwork TRANSPERMIA

In the early nineties his performance EPIZOO caused a commotion in the international art scene. For the first time a performer’s body movements could be controlled by the audience. By operating a videogame, a spectator interacts with the bodybot worn by Antúnez, moving his buttocks, pectoral muscles, mouth, nose and ears. This performance stresses the ironical, and even cruel, paradox rising from the coexistence between virtual digital iniquity and the performer’s physical vulnerability.

Since the eighties, Antúnez’s work has been based on a continuous observation of how human desires are expressed and in what specific situations they appear. First in the tribal performances ofLa Furadel Baus and later, on his own, he expressed this interest by creating complex, in many cases hybrid, systems hard to classify. Antúnez’ works belong to the fields of both visual and scenic arts.

From the early nineties, the incorporation and transgression of scientific and technological elements in Antúnez’ work, and their interpretation by means of unique and specific devises, have produced a new cosmogony – warm, raw and ironic – of traditional themes such as affection, identity, or death. In his works these elements take on an extremely human dimension that causes a spontaneous reaction in the audience.

Since 2010, Marcel•lí is working on what he call’s Arsenal Della Aparrazione and it’s include the three latest works from Antúnez, thefirst called Cotrone (2010) is a performance, the second El Peix Sebastiano a medium-length film presented in Sitges film festival and the most recent staging Pseudo (2012) presented in the Grec Festival of Barcelona.

On 2014, Marcel·lí has opened up the exhibition Systematurgy. Actions, Devices and Drawings, on Arts Santa Mònica in Barcelona. It is focused on his method of creation the Systematurgy, a neologism which is literally a Dramaturgy based on computational systems.